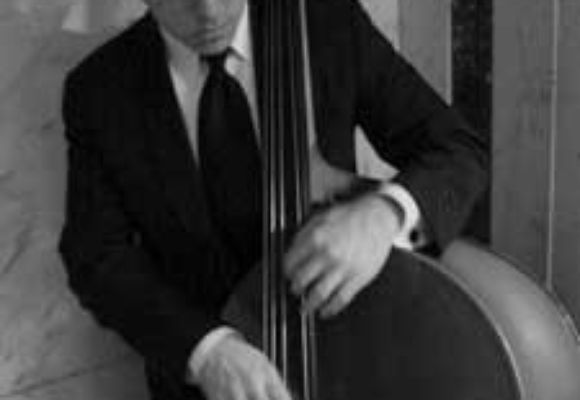 These days you can hear Chris with his own jazz group Lapis Luna alongside guitarist John Merrill and vocalist Shawn Clark, and the Dixie Land (and other early music) band "The Blue Vipers of Brooklyn" where you can also catch Chris singing.

He is called upon to create music for modern dance pieces, poetry performances, and independent films, and writes original music and lyrics which have been recorded by singers such as Shawn Clark, Sasha Dobson and Marshell Jones.

Chris is a graduate of The New School of Jazz NYC, where he was educated by accomplished musicians such as Reggie Workman, Buster Williams, Andy McKee, Makanda MacIntyre, and Arnie Lawrence to name a few. He has gone on to gain vast performing experience in many genres including Jazz, Classical, R&B, Rock, Afro-Carribean (Bossa Nova, Afro-Cuban).

Chris is currently a student of John Schaeffer, retired Principal Bassist of the New York Philharmonic.

Chris teaches music in the New York public school system through L.E.A.P. (Learning Through an Expanded Arts Program) where his students range from first grade through seventh grade. He also gives weekly private instruction in the New York area.

During the summer Chris teaches Jazz studies and Bass technique at The Center for Creative Youth at Wesleyan University, where his students are exceptional high-school artists.