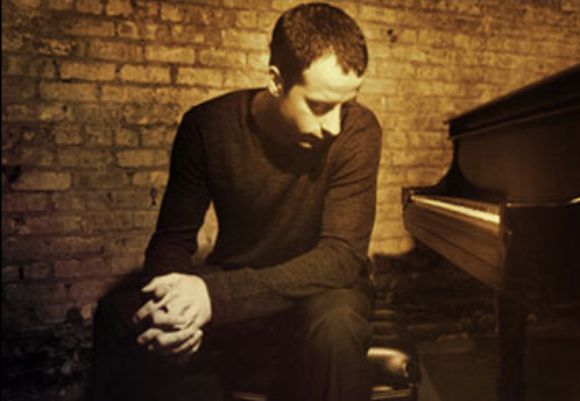 "You have a beautiful touch. . .Hank Jones and Tommy Flanagan should hear you play.”
-Harold Mabern, pianist and composer

Pianist Dan Cray hails from Chicago, IL and graduated from Northwestern University with degrees in European History and Jazz Studies. He was a finalist for both the 2004 APA Cole Porter Fellowship and the 2003 Montreux Jazz Festival Solo Piano Competition, and has performed around the world in many diverse and creative settings with a variety of vocalists and instrumentalists including Eddie Johnson, Billy Drummond, Bobby Broom, Dayna Stephens, Joe Martin, George Fludas, Peter Epstein, Mark Ferber, and Geof Bradfield.

For 12 years he led the Dan Cray Trio with good friends bassist Clark Sommers and drummer Greg Wyser-Pratte. The Trio's music has been featured twice on the hit television show Gossip Girl, and they were personally selected by Michael Keaton to provide music for his directorial debut, The Merry Gentleman. The Trio performed at the Chicago and Idlewild Jazz Festivals and at venues around the country including the 75th anniversary celebration at Baker's Keyboard Lounge in Detroit. Together the group released four albums: Who Cares (2001), No One (Blujazz 2003), Save Us (Blujazz 2005), and the live recording Over Here Over Heard (Crawdad 2008). Their last two studio albums spent over 10 weeks on the National and College Jazz Charts, while Chicago's NPR station WBEZ named each among the year's best in 2003 and 2005, respectively.

In the fall of 2009, Dan moved to New York to continue pursuing his career while working on a Master's degree at New York University. During this time, he was appointed adjunct professor at NYU, teaching jazz, classical and pop in private and group settings. After graduating in May of 2011, he recorded his fifth album Meridies, consisting of mostly original works and featuring saxophonist Noah Preminger, drummer Mark Ferber and bassist Clark Sommers. It was released on Origin Records in March 2012, and was awarded four stars and inclusion on the best of 2012 list by Downbeat Magazine. Dan spent the 2013-14 school year in Reno, Nevada working as a lecturer in jazz piano at the University of Nevada.  In 2016, he released his sixth album Outside In, a meditation on nature and the search for peace.  The album, which features saxophonist Dayna Stephens, drew on inspiration from the time Dan spent in the Sierras and Big Sur.  It was met with critical acclaim, including a feature on NPR’s Fresh Air with Terry Gross.