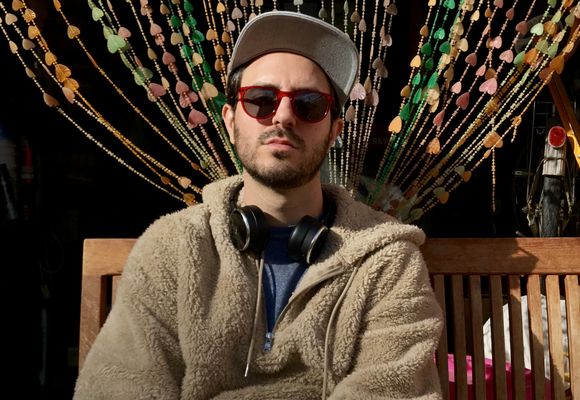 Go to event
View more shows...
New York City-based Tenor Saxophonist and Composer Lucas Pino has led the inventive No Net Nonet for the better part of a decade, maintaining a monthly residency at Smalls Jazz Club in NYC since March 2013. The No Net Nonet is comprised of nine of the most unique and accomplished artists on the NYC jazz scene today, each an established leader and major influencer on their respective instrument. As The Villager stated,  "In this case, it’s also about the sheer tensile strength of the nonet format, with all of its members sonically bouncing around, building and expanding upon each other’s ideas until a greater sum bursts forth out of those many parts.” The Nonet primarily performs Pino’s modern, straight-ahead jazz compositions. The No Net Nonet and Pino were honored in 2017 with the Herb Alpert Young Jazz Composers Award for his work “Golden Rule; Turing Test” which was performed at Jazz at Lincoln Center’s “Dizzy’s Club”. Lucas has performed in varied stages and clubs throughout world with some of the most exciting artists in Jazz. He has release four critically acclaimed recordings as a leader, most recently, “That’s a Computer” (2018) on Outside In Music, and has recorded dozens more as a side-musician. Most recently, Pino's musical life was brought full-circle as he returned with the Nonet to his alma mater, The University of the Pacific, to headline the 2019 Brubeck Festival.