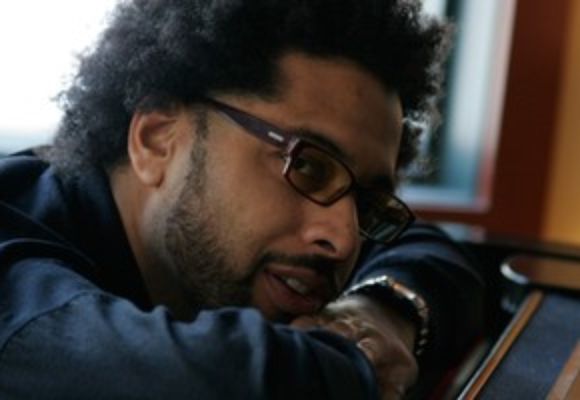 Milnes latest collaboration, Crystal Magnets, pairs him with long-time friend, French pianist Benoît Delbecq. Their debut CD Where is Pannonica? [Songlines - 2009] uses the sonic landscape of the 5.0 surround sound format for inspiration. Composed for the medium and recorded in harmony with their environment, Milne and Delbecq exploited the unique potential for placing specific compositional elements in distinct regions of the mix. The New York Times lauded the recording as a strangely beautiful new album from two resourcefully contemporary pianists, both drawn to quixotic interrogations of harmony and timbre.

Milne collaborated with tap dancer/choreographer Heather Cornell to create Finding Synesthesia, which premiered at the London Jazz Festival in November 2007. Together they combine a wide and unexpected range of sounds and influences, to integrally weave the texture and sound of tap into the instrumental ensemble.

In addition to his multiple projects, Milne tours and records with trumpeter Ralph Alessi, teaches at The School for Improvisational Music, and is an adjunct professor at New York University, The New School University and The Banff Centre.

In 1990, after completing an Honors degree in music at York University (where he studied with Oscar Peterson, Pat LaBarbara, and Don Thompson), Milne received a Canada Council grant to study at The Banff Centre. At Banff, he met saxophonist Steve Coleman, who encouraged Milne to move to New York. In 1991, after a year in Montreal picking up valuable sideman experience with Joe Lovano, Archie Shepp, and Ranee Lee, Milne moved to New York and joined Colemans core unit Five Elements. M-BASE associates Cassandra Wilson and Greg Osby also recognized his talent and invited Milne to perform with their groups. The long association with Coleman offered Milne the unique opportunity to develop a completely unprecedented harmonic and rhythmic approach to the piano. The experience of responding to and complementing Colemans unique style night after night played a major role in the development of Milnes individual approach. After six years gaining international recognition with Colemans various projects, Milne stepped out on his own to conquer his own musical frontiers.

In 1995, Milne independently booked his band on two extensive grass roots North American tours. Following the first tour, he recorded the self-produced cassette release The E is Silent [Contrology - 1995], featuring Gene Lake, Matthew Garrison, and Audrey Martells. In 1997, he recorded his debut CD, Forward to Get Back [d'Note Records - 1997], which featured performances by Steve Coleman alumni, as well as two duo performances with Coleman himself.

Andy Milne has established himself as a distinctive voice at the heart of New Yorks creative jazz scene, performing throughout the world in numerous settings, including collaborations with a range of artists including Ravi Coltrane, Carlos Ward, Carla Cook, Sekou Sundiata, Avery Brooks, Geri Allen, Dianne Reeves, Robin Eubanks, Red Mitchell, and Sonny Greenwich. His innovative rhythmic approach combined with his extensive harmonic lexicon place him at the forefront of young pianists poised to carry on the lineage of creative masters like Herbie Hancock and McCoy Tyner.