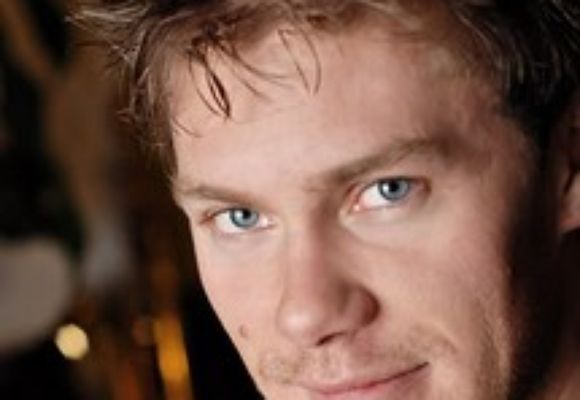 CHASE BAIRD has been described as & a strong new talent& (All About Jazz), as "& one of the best contemporary saxophonists ever" (composer / arranger Tom Kubis) and as a musician of &remarkable clarity and logic..." (Downbeat Magazine).

Born in Seattle, Washington, Chase's early years where spent amidst the sound of rain and his father's frequent attempts to lull him to sleep with scat singing. His family later relocated to Salt Lake City, Utah, where Chase eventually picked up the saxophone around age ten. He began taking lessons with New York ex-patriot Alan Braufman who helped him progress at a rapid rate and even invited him to begin sitting in at local clubs. At age 14, his talent as an improviser had become sufficiently impressive that the late great Michael Brecker offered to mentor the young saxophonist.

While in high school his family moved to San Francisco, California, where he attended the Jazzschool and began to play and learn alongside fellow young musicians like pianist Julian Waterfall Pollack, trumpeter Billy Buss and many others. He was part of Berklee College of Music's first Summer Jazz Workshop group and had the opportunity to study with drummer Terri Lyne Carrington. Later that year, the National Foundation for the Advancement of the Arts (NFAA) selected the saxophonist to be part of its prestigious Clifford Brown/Stan Getz Fellowship and featured him in its Academy Award-nominated documentary, "Rehearsing a Dream," which has been routinely featured on HBO. During this period, Chase also had the opportunity to tour Japan and Canada with the Monterey Jazz Festivals Next Generation Jazz Orchestra.

In 2007, he relocated to Los Angeles to attend California State University Long Beach where he studied both music and psychology. He freelanced in a variety of cover bands and pit orchestras and developed his skills as a sideman and multi-instrumentalist. He also began to develop a burgeoning theoretical approach to chromatic and polytonal music that he later came to call Harmonic Grounding. In early 2010, Chase wrote an essay that outlined the basic theoretical elements of Harmonic Grounding. This article was featured in Downbeat Magazines December 2010 issue.

Chase currently resides in New York City where he maintains an active schedule as a bandleader and sideman. He has performed for audiences throughout the United States, Canada and Japan with artists including Randy Brecker, Terri Lyne Carrington, Tom Kubis, Kim Richmond, Roy Hargrove, Julian Waterfall Pollack and the Mingus Big Band among others. Beginning in the fall of 2011, he will be continuing his studies at The Juilliard School. Chase is destined to be &one of the major players over the next few decades (John Greenspan, KSFR 101.1 FM New Mexico).