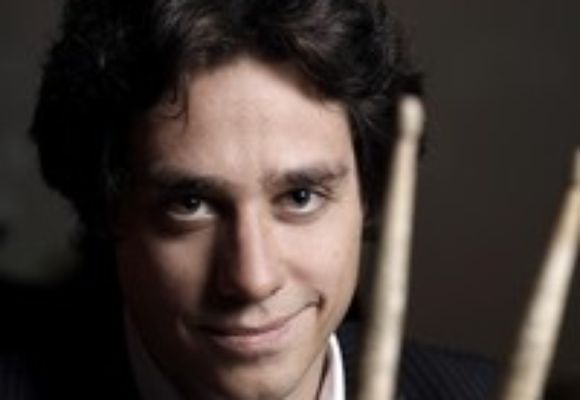 Born in Bremen, *30 June 1976 remained, despite interim periods in world cities like New York City and Berlin, faithful to his adopted hometown of Hamburg and earned a reputation as a jazz drummer with  fascinating technique and a lot of musical intuition   Drums & Percussion, January 2005.

From 1996 to 2002 he studied drums at the University of Music and Drama in Hamburg with Wolfgang Haffner, Hans Dekker, Ed Thigpen, Gene Jackson and Gerry Brown.

He received musical inspiration from the department head and former conductor of the NDR Big Band Dieter Glawischnig and from Wolfgang Schlüter, becoming a permanent member of his quartet with Boris Netsvetaev and Philipp Steen. From 1999 to 2002 Kai Bussenius was on the drums of the Federal Jazz Orchestra conducted by Peter Herbolzheimer.

In 2003 he recorded his debut album under his own name with Michael Wollny on piano and Lucas Lindholm on bass, touring with this lineup. The CD of the trio This Town was published in 2004 by Mons Records and received excellent reviews, for example:  The best piece is the original composition This Town, which already refers to the fact that Bussenius has a promising future ahead of him &  Jazzpodium, January 2005

The adoption of a promising future has been reinforced by the award of a DAAD scholarship, which he spent 2004-2005 in New York City, as well as being awarded the scholarship from the Jazz Foundation of Dr. E. A. Langner for Hamburg jazz musicians in 2007.