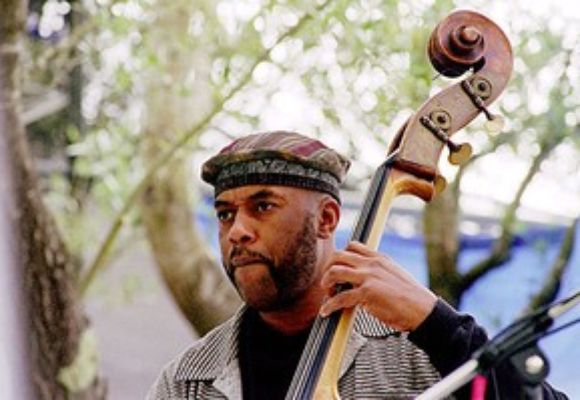 Considered one of the top bassists in jazz today, Essiet Essiet first received critical acclaim over a decade ago in Bobby Watson's group Horizon. Born in Nebraska to Nigerian parents, he began studying violin at age10 and switched to bass viol at 14. As a child, he traveled widely with his family and that early exposure to many cultures, folk- ways, languages, and religions fostered his world view of strength through diversity. Some musicians are purists, says Essiet, but I like to mix styles. Essiet was Art Blakey's last bassist, playing with him for 2 years and on 3 CDs. He's also performed with Freddie Hubbard, Cedar Walton, Benny Golson, and the Blue Note All-Stars, to name a few. Essiet also leads IBO, a Nigerian jazz project.