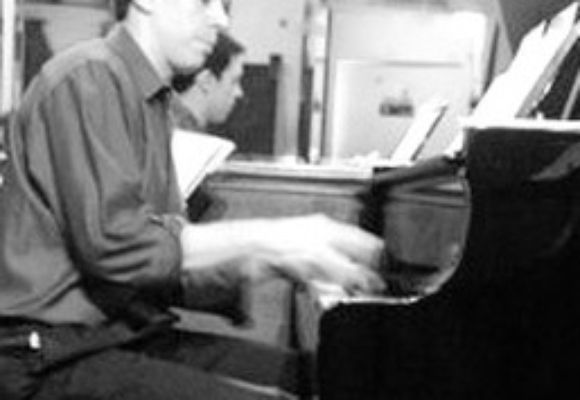 Pianist and composer Dave DeMotta’s performing career started while he was teenager in Maine, where he played clubs and concerts with local musicians in the Portland area. Dave relocated to the New York metropolitan area in 1995 and attended William Paterson University for his B.A. and M.M. degrees. Since then, Dave has performed throughout the area and recorded with Aki Yamamoto, Tetsu Yasui, Howard Britz, and with his own band. Recently, Dave has had the honor of working as a sideman with several world-class musicians. Since 2009, he has performed in the Steve Slagle Quartet alongside master players such as McClenty Hunter, Bill Moring, Steve Johns, Ed Howard, and Bob Gullotti. Since 2011, Dave has also played in the Frank Perowsky Big Band, which is filled with veterans of jazz, including Jerry Dodgion, Rob Scheps, Art Baron, Jack Walrath, Chip Jackson, Bruce Cox, and others.

In addition to his work on the NYC jazz scene, Dave is a doctoral candidate in Ethnomusicology at the CUNY Graduate Center, where he is writing a dissertation on the musical contributions of Bud Powell. Dave teaches at CUNY Hunter College in Manhattan.