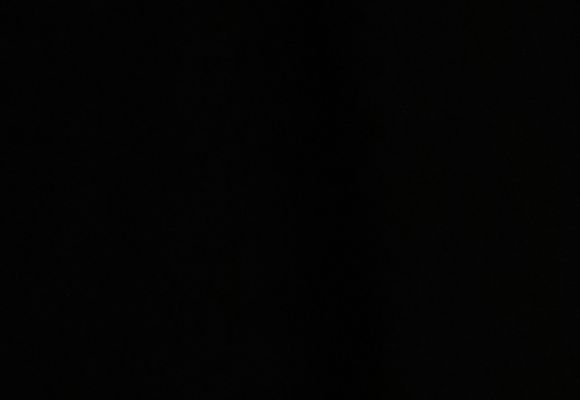 NANCY VALENTINE, an expressive, tasteful and versatile jazz singer, has a very appealing voice that is quite haunting. On her digitally released works, LOVESOME CD, and "SEPTEMBER RAIN" (aka Chelsea Bridge) SINGLE, she is a perfect match for the music of Billy Strayhorn. "Upon meeting pianist/arranger, John di Martino, was so impressed with the sound of my voice that he introduced me to the Billy Strayhorn song, "A Flower Is A Lovesome Thing." I loved the word, LOVESOME, and I knew that I had to hear more of that man's music. John then introduced me to, "Something To Live For",and then suggested that we do an entire album devoted to the music of Billy Strayhorn. That was the beginning of, and continues to be, a wonderful ongoing journey into the mind and music of Billy Strayhorn!"

Nancy began researching the music and life of Billy Strayhorn. Best known for his longtime association with Duke Ellington and for writing such songs as,"Take The A Train" and "Lush Life", Billy Strayhorn was a very inventive and original composer, arranger and pianist. Overshadowed during his life by Ellington, with whom he often collaborated during 1939-67, Strayhorn's reputation as one of America's great songwriters has grown considerably since his death.

One of the joys of this wonderful CD is, not only experiencing Nancy's fresh renditions of Strayhorn standards, but getting to listen to some of the lesser-known pieces such as,"So This Is Love", "Oo! You Make Me Tingle","You Better Know It","Wounded Love" and "Youre The One." In addition, well-known instrumental songs with added lyrics such as, "My Flame Burns Blue" (aka Blood Count)and "Thank For Everything" (akaLotus Blossom)have rarely been recorded. Many people in the jazz community helped me along the way with lyrics and encouragement.

Although LOVESOME is Nancy Valentine's debut jazz recording, she has already had extensive experience as a performer in other areas. She was born in Brooklyn and lives in Long Island. Early on I lusrened to a vast array of music way too much to fit in here: Italian music, Operas, Paganini, Wagner, Puccini,Pavarotti, Bubbles, Stephanie Blythe, Classical music, Bach, Beethoven, Schubert, Debussey, Rachmoninoff, Mozart, Tommy Dorsey, Frank Sinatra, Sarah Vaughan, Tony Bennett, Bing Crosby, The Andrews Sisters, Louis Armstrong, Count Basie, Rosemary Clooney, Betty Carter, Cleo Laine, Morgana King, Barbra Streisand, Chet Baker, Bobby Hackett, Harry James as well as Queen, Led Zeppelin, The Beatles, Jim Morrison, Heart, Janis Joplin, Elvis Presley, Chuck Berry, Doo-Wop groups, Movie Scores and TV show themes..... I always sang. We used to put on talent shows in our basement, imitating our favorite performers. One time, when I was eight, my family had gone out for some reason and left me alone with the album, Sarah Vaughan At The Blue Note. I played it over and over again and learned how to lip synch the entire album. I also remember seeing Sarah perform in a concert at a theme park where I had the good fortune to be able to sit at her feet on the stage. I requested, Poor Butterfly, and when she sang it, I was baptized with her sweat pouring down on me. I wouldnt trade that experience for anything!

When she was in the fifth grade, Nancy took up the recorder, performing a solo concert at the end of the school year. In junior high school she was picked to play French horn with the school band, but after seeing the movie, Young Man With A Horn, she asked to play trumpet instead. Nancy developed quickly on the instrument and attended, Salute To Music, during the summer which led to the first chair in All Boro Band which led to a performance at Carnegie Hall. She was the only girl in the jazz band as well as one of four picked from her Junior High School to attend Performing Arts High School (Fame) and went on to be one of the few female trumpet players to have graduated Performing Arts at that time.

After a short stint at Parsons School Of Design for interior design, she received an invitation from a friend to join an original rock band where she played trumpet, sang and wrote arrangements. She continued performing in nightclubs, hotels, resorts, country clubs, colleges, high schools and concert halls. After leaving the band she continued to tour with show bands, wedding bands, do session work, movie sound tracks commercials, benefits and worked with songwriters. Throughout her life, Nancy also had a deep love for acting and studied acting at HB Studios, the Stella Adler Studio of Acting and with private instructors. She has performed theatrical showcases in N.Y. and L.A. While living in L.A., she supported herself by doing extra work in films and television and continued to audition. Musically, I was planning to continue in rock and had written some new songs. I wanted to strengthen my trumpet playing so I studied with Bobby Shew. After he heard some of my vocal demos he told me I had a great voice and a real feeling for jazz. He said, "Whatever you do, keep the romance in what you sing." He played some Chet Baker records for me. After I heard Chet, "Let's Get Lost", I realized that Bobby was right and decided to shift my musical focus to jazz.

Nancy refined her jazz charts with pianist/composer Tamir Hendelman and began singing in L.A. area clubs and building up a nice following. Since returning to New York, she has continued as a jazz vocalist and has devoted her time to the Billy Strayhorn repertoire. Her CD, LOVESOME: Nancy Valentine Sings The Music Of Billy Strayhorn, is the happy result.

Nancy Valentine looks toward the future with enthusiasm, "There are so many other great Billy Strayhorn songs and those yet to be discovered. With "SEPTEMBER RAIN", I have started a 2nd Strayhorn work already including: "Just A-Sittin' And A-Rockin'", "Lament For An Orchid", "Strange Feeling", and "Take The "A" Train". Beyond that, I will always strive to keep my passion visible in my performances and bring integrity and honesty to every song I sing."

The LOVESOME CD introduces Nancy Valentine, a memorable singer who is poised to make an important impact on the music scene. The, "SEPTEMBER RAIN" (aka Chelsea Bridge)SINGLE.....Solidifies it!