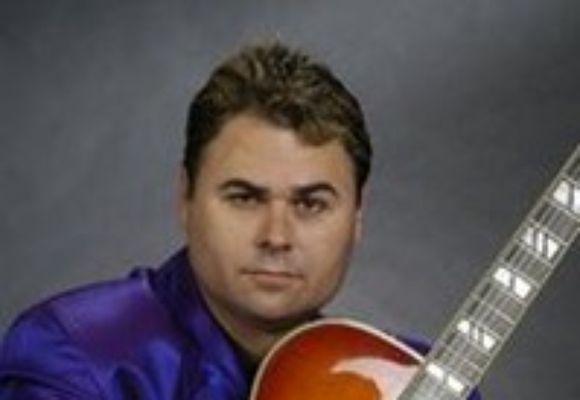 New York based Jazz Guitarist JC Stylles (aka Jason Campbell) first touched a guitar around 7 years of age, and was introduced to the world of jazz in the most unlikely of places, that being in the rainforests of Kuranda, a tiny, predominantly aboriginal town in the tropics of Far North Queensland Australia, via his stepfathers jazz record collection.

At 16 years of age he left the rainforests for Sydney where significantly in his development, he had the opportunity to attend 2 shows a night for nearly a week in front row seats of the touring jazz guitar great George Benson. This sponge-like absorption at such a close range left an indelible mark in his development long term as a guitarist.

He also had the opportunity simultaneously to study with an incredible array of touring jazz giants at the time that included John Scofield, Steve Erquiaga, Miroslav Vitous, Woody Shaw, Johnny Griffin and others. Having initially immigrated to New York in 1992, he continued studies with the likes of Pat Martino, Tal Farlow, Rodney Jones, John Abercombie and Barry Harris and further developed his skills in clubs like Visiones before returning to Australia in the mid-nineties for personal matters.

JC Stylles relocated permanently back to New York in 2005 where he released the recordings Chillin at Home and Live and Unveiled of which both are in the guitar/organ trio format, where he has staked his claim. He also concentrated on performing with the best Jazz Organists in the business including, Jimmy McGriff, Dr Lonnie Smith, Tony Monaco, Joey DeFrancesco, Pat Bianchi, Seleno Clarke, Jimmy Preacher Robbins, Melvin Davis, Nathan Lucas, Akiko Tsuruga and others.

His latest recording Ex-hil-a-ra-tion and other states featuring Pat Bianchi on organ, Lawrence Leathers on drums, and produced by the Grammy award winning producer Jack Kreisberg, is getting rave reviews from those in the know before it has even been released. JC Stlles' Libran commitment to ensuring the balance of the important musical elements that makes for great jazz experiences for listeners, are what sets him apart from many others in the field today.