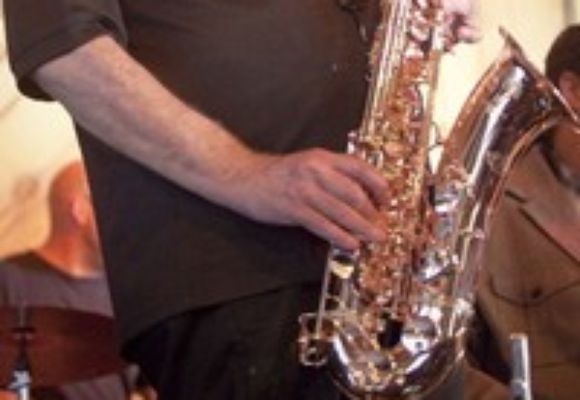 Mel Martin is a composer, arranger, bandleader, saxophonist and flute player - one of the most versatile and creative musicians to ever emerge from the San Francisco Bay Area. In his long career, hes played a part in many of the innovative movements that have come out of that creative community. He sat in with Wes Montgomery and his brothers while he was still a teenager, played in John Handys Freedom Band in 1962 upon moving to San Francisco, worked and recorded with many of the progressive rock and Latin rock bands of the late 60s and early 70s including The Loading Zone, Cold Blood, Santana, Azteca and Boz Scaggs. He founded the award winning Listen, one of the early West Coast jazz-fusion bands in 1976. Hes currently artistic director of Bebop and Beyond, a group he founded in 1983, as well as leading the Mel Martin Band, The Tenor Conclave, the Mel Martin Big Band and the Benny Carter All Star Tribute Band.

Mel has recently completed the new Mel Martin Band recording Where The Warm Winds Blow to be released on Jazzed Media and distributed by Allegro-Music. It is quite different from anything I've recorded since the early '90s and is reminiscent in ways to my early Listen recordings but with much more of a jazz slant. It was recorded in July, 2008 when the great jazz pianist Don Friedman came out from New York to do a California tour with the group including guitarist Brad Buethe, bassist Robb Fisher and drummer extrordinaire Jeff Marrs. Besides Don, special guests include John Santos on percussion and Barry Finnerty on guitar. The repertoire is broad and varied from the fiery Latin-tinged Rhythm Man (Do Not Disturb) to the contemporary classical piece with a jazz breakout In The Stars by Stephen Mellilo, I Have A Dream by the great Grammy Award winning Herbie Hancock including Mels adaptation for woodwinds of his original horn arrangement, the funky, Bitches Brew style of Silly Hawk Walk, a beautiful live version of Blue In Green, George Russell's inventive take on Love For Sale: Ezz-Thetic, The great Benny Carter composition Where The Warm Winds Blow, my personal tribute in 6/8 to my lovely wife Catey: To Catey With Love, and the chestnut Victor Young composition Weaver of Dreams. On many of the pieces, Mel overdubbed special woodwind arrangements appropriate to the particular composition or just featured the sextet and quartet. "I'm very excited about getting it out there and hope that people will enjoy it."

Martins previous album, Just Friends, (Downbeat ****) was a live recording by the Mel Martin/Benny Carter Quintet. It was released in July to coincide with Carters 100th birthday. The sessions were cut live at Yoshis Jazz Club in Oakland in 1994 and feature Carter on alto sax; Martin on sax and flute; Roger Kellaway on piano; bassist Jeff Chambers and drummer Harold Jones. Three tunes from this date appeared on Mel Martin Plays Benny Carter (Enja, 1994) and these tracks are just as compelling. The mastering tools let us bring out the quality of the performance, Martin says, but it was all there in the grooves.

Martin was born into a musical family in Sacramento in 1942. Both parents were singers and early piano and clarinet lessons led him to Benny Goodman and Glen Churchs Jazz Rhythm & Blues radio program. The big bands passing through town  Benny Goodman, Duke Ellington, Woody Herman, Shelly Manne and His Men, Cannonball Adderley  kept his interest high. Seeing those bands live, especially Goodman, made me want to play jazz. His sax man Bud Johnson had an incredibly big sound; he didnt have to have a mike to fill the hall. I had a small combo  clarinet, accordion and drums  and my father got me my first gig. Afterwards we played at Mels drive in for tips.

While still a teenager, Martin was good enough to sit in with Wes Montgomery and his brothers. Monk and Buddy Montgomery moved to Sacramento after The Mastersounds [their successful quartet with Ritchie Crabtree and Bennie Barth] disbanded. They brought Wes out from back East, and drove around to gigs in a pink Caddy. I was already jamming with musicians in the Black community and Id go listen to [the Montgomery Brothers] when they played The Swinging Lantern or the Iron Sandal. I showed up with my flute one night, got up my nerve and asked if I could sit in. All of a sudden I was up there and I noticed Id never sounded so good in my life. When you play with great musicians, you tend to up your game. It was a seminal moment; they were very encouraging. At another gig Wes wrote out the changes to West Cost Blues on a napkin that I still have.

While majoring in music at San Francisco State in 1962, Martin met John Handy, a fellow undergraduate, and played with him in his Freedom Band. I knew his work from his time with Mingus and own records on Roulette. He played alto, but influenced me as much as any tenor player. We played demonstrations and colleges. There wasnt a lot of money involved but we played music by Mingus and Handy, my first time working within a real jazz situation. John was always pushing us: Whatever you got, bring it and lets go. Now!

At the same time, Martin was learning how to play bop with the musicians who hung out at Bop City, Soulville, the Jazz Workshop, Sheltons Blue Mirror, Jacks on Sutter and later the Both/And. The greats would go there after their gigs to hang with the local musicians, eat chicken and waffles and play jazz. The Jacks and Sheltons had jams from six am to 11 am. You could catch a gig on Friday, then go to a club and play from 2-6 AM and then some more from 6-11AM, get some sleep and do it all over again on Saturday. If someone called out a tune you didnt know, youd learn it and go back the next night and if they saw you were serious, theyd accept you. Bop City and Soulville were my schools.

In the late 60s/early 70s Martin played with progressive rock and Latin bands including The Loading Zone, Cold Blood, Azteca and Boz Scaggs.

I made five albums with Boz, all before he made it big, three with Cold Blood, Two with Azteca and with Doug Sahms Honky Blues Band, Wayne Talberty, Chuck Berry, Dr. John and others. Rock in those days was wide open and damn interesting. I had a lot of studio work and had an offer to tour with Van Morrison, but I was already in Azteca, [the co-operative Latin jazz band that featured Santana associates The Escovedo Brothers. Armando Peraza and Neal Schon.]

In 1977 Martin created Listen, part of the early West Coast jazz fusion scene whose first album has just been released in CD format. The Fourth Way, Jerry Hahn Brotherhood and the John Handy Quintet were all based here. Chick Corea was putting Return to Forever together and Herbie Hancock started The Headhunters in San Francisco, so theres a rich lineage of fusion in the Bay Area. Listen made three albums, two for the Inner City label: Listen featuring Mel Martin (1977) and Growing (1978) and She Who Listens (1979) for the small Scottish label Move. Martin received a Musician Of The Year award from the San Francisco chapter of NARAS (Grammy) in 1977 as well as a Bammy for Best Jazz Album of 1977 for Listen featuring Mel Martin. Illustrious Listen alumni include steel pan player Andy Narell and drummers Terry Bozzio and George Marsh.

Martin has received five National Endowment for the Arts grants  a Compositional Grant in 1976 and funding to help preserve the music of Dizzy Gillespie, Thelonius Monk and Benny Carter for the recordings Bebop and Beyond Plays Thelonious Monk, Bebop and Beyond Plays Dizzy Gillespie , Mel Martin Plays Benny Carter and Just Friends  The bc Q Mel Mart Benny Carter Quintet. He was also honored by the San Francisco Jewish Museum as part of their Jewish Presence in Jazz Series. Other projects include The Tenor Conclave, currently on hiatus, a sextet featuring the foremost tenor saxophonists of the day - Tim Armacost, Mark Levine, Robb Fisher and Akira Tana - focusing on the repertoire of the great saxophonists of the past, especially Joe Henderson and The Mel Martin All-Star Big Band, which plays new arrangements of standards as well as the music of Count Basie, Duke Ellington, Benny Carter, Jimmy Heath and Mel Martin.

As performer, composer-arranger and multi-instrumentalist (soprano, alto, tenor and baritone saxophones, flute, piccolo and alto flute, clarinet and bass clarinet) Martin has contributed music to the CBS Television Series The Twilight Zone and films including Rumblefish, Invasion of the Body Snatchers, The Warriors and Street Music. As a bandleader, contractor and sideman, Martin has put together (and played in) big bands for McCoy Tyner and Dizzy Gillespie and played with the Freddie Hubbard Quintet and Charlie Hadens Liberation Orchestra.

On the educational front, Martin taught the Stanford Jazz Workshop at Stanford University from 1984 to 1995, produced a series of Jazz Workshops for the Marin Jewish Community Center and regularly conducts workshops at his studio in Novato and in the Marin public schools. I get a chance to feed my students various classics from the jazz repertoire and in the process discover some of the young talents that will take up the music in the future.

Ive always loved music from jazz, to rock, to classical and Ive been blessed to be able to make a living at it. After five decades of playing, Martin is still growing, still restless, still exploring the limitless possibilities of musical expression with the same enthusiasm he felt when he first picked up a clarinet as a boy. Thanks to the magic of recording technology, were all able to go along with him on his everlasting journey.