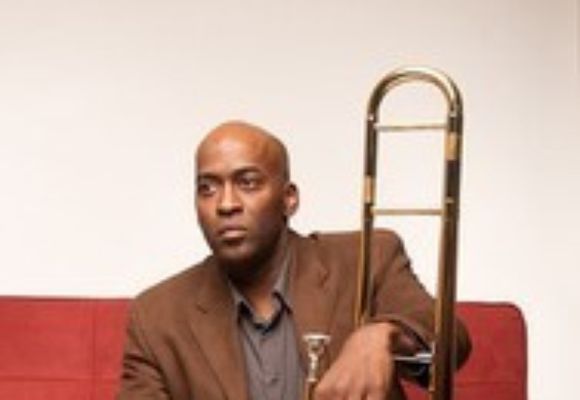 Jazz musician and composer Ron Westray is best known for his work as lead trombonist with the Lincoln Center Jazz Orchestra directed by Wynton Marsalis and his collaborations with Wycliffe Gordon. He launched his professional performance career in the early 1990s, recording and touring nationally with the Marcus Roberts Septet. He has appeared in concert with such luminaries as Ray Charles, Bob Dylan, Willie Nelson, Stevie Wonder, Benny Carter, Dewey Redman, Roy Haynes, Randy Brecker and a host of other pre-eminent artists. A regular on the New York City club circuit, he has played premier jazz venues such as the Village Vanguard, Blue Note, Sweet Basils, Iridium, Jazz Standard and Smalls, and is a standing member of the Mingus Band.

In addition to his concerts and recordings with the Lincoln Center Jazz Orchestra, Professor Westray has recorded as a sideman on such major labels as Columbia, Sony Classical and RCA Novus. His latest CD as leader is Medical Cures Cures for the Chromatic Commands of the Inner City (Blue Canoe Records 2008).

As a composer, Professor Westrays personal catalogue comprises dozens of original compositions and arrangements for big band and mixed ensembles. His commissions for the Lincoln Center Jazz Orchestra include the monumental score Chivalrous Misdemeanors  Select Tales from Don Quixote (2005) and arrangements of the works of Charles Mingus and Ornette Coleman. His charts have been published by Walrus Music.

Professor Westray was an assistant professor in the Jazz Studies Department at the University of Texas at Austin prior to his appointment at York University. He joined York's Music Department in 2009 as the Oscar Peterson Chair In Jazz Performance, a position endowed by the Government of Ontario to commemorate legendary Canadian jazz artist Oscar Peterson