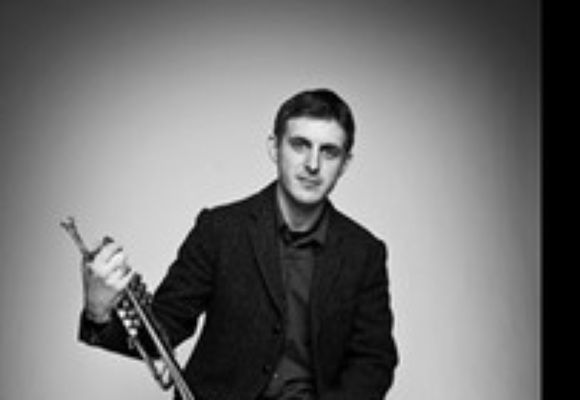 Jazz trumpeter Thomas Heflin has been hailed as "a fluent trumpeter with a bright tone and a forward-looking style" by jazz writer Scott Yanow. Known as a creative and versatile player, Heflin plays with a unique style that combines the contemporary with the rich traditions of jazz. In 2005, he placed second in the Carmine Caruso International Jazz Trumpet Solo Competition in Seattle, WA and has since been featured or mentioned in Italy's Jazz Magazine, The Pittsburgh Tribune Review and The International Trumpet Guild Journal among others.

Heflin is a recording artist for Blue Canoe Records, the first all-digital jazz label. His debut album "Symmetry," which featured renowned pianist James Williams, was released in 2007 to rave reviews. In 2009, he produced and performed on "Introducing the New 5" by the cooperative group, The New 5. This year, Heflin releeased his third album, a collaborative CD with Ron Westray, former lead trombonist with Wynton Marsalis and the Lincoln Center Jazz Orchestra.

As a regular featured soloist with the Knoxville Jazz Orchestra, Heflin has performed with the likes of Hank Jones, Wycliffe Gordon, Mulgrew Miller, James Moody, and Monty Alexander and recorded with Stefon Harris, Donald Brown, Gregory Tardy and John Clayton. He has also toured Europe playing festivals such as the Montreux Jazz Festival, the Ezcaray Jazz Festival, and Jazz a Vienne as well as performed in clubs in Paris, France and San Sebastian, Spain. Outside of the KJO, Heflin has performed in a professional capacity with the likes of James Williams, Vincent Herring, Donald Brown, Lou Rawls, Eric Revis, Adonis Rose and Neal Caine.

Heflin is a graduate of the University of Tennessee, where he studied with jazz education luminary, Jerry Coker. He recieved his masters degree from the internationally renowned jazz department at William Paterson University. Heflin recently completed a doctorate in Music Performance (Jazz Emphasis) from the University of Texas, Austin. He currently lives and performs in New York City where he works as the Program Manager of the Precollege Division at the Manhattan School of Music.