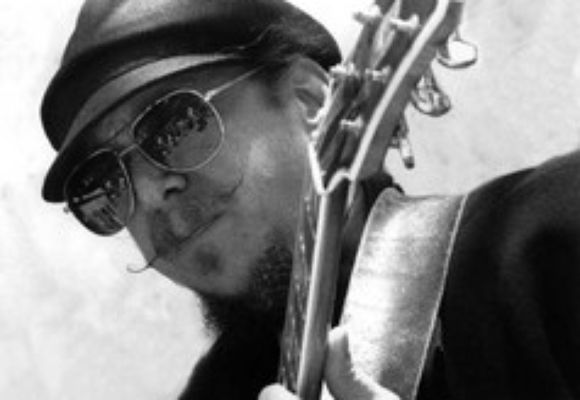 Mark Elf has been on the Jazz scene for over 30 years. He was born in Queens, New York in 1949 and started playing the Guitar at the age of 11. He has played and or recorded with the Jazz Giants: Dizzy Gillespie, Clark Terry, Jimmy Heath & the Heath Bros., Wynton Marsalis & Jon Hendricks just to name a few. His first professional Jazz performance occurred around 1971 as a sideman at the Club Barron in Harlem, New York with Gloria Coleman and Etta Jones. This performance was a double bill with the George Benson Quintet.

During the 1970s he toured with Lou Donaldson, Jimmy McGriff, Groove Holmes & Charles Earland and recorded a number of albums with them. He recorded his first album as a sideman with Jimmy McGriff & Groove Holmes in 1973 on the Groove Merchant Record label called Giants of the Organ Come Together. In the late 1970s Mark worked with Junior Cook and Bill Hardman in New York City and also recorded with them on the Muse Label.

In the 1980s he toured Europe with Dizzy Gillespie, Clark Terry and other Jazz Luminaries and also recorded his first album as a leader in 1986 called the Mark Elf Trio Volume 1.

In 1988 he recorded his second album as a leader The Eternal Triangle with Hank Jones, Jimmy Heath, Ray Drummond and Ben Riley. This album would be released in 1996 on Marks Jen Bay Record Label.

1993 brought Mark his first overseas record deal with The Alerce Record Label and The Mark Elf Trio was recorded in Santiago, Chile. This recording was marketed to radio in 1996 and went to #7 on The Gavin Jazz Chart.

1995 found Mark recording for Telarc on the Jon Hendricks CD, Boppin' at The Blue Note with, Wynton Marsalis, Benny Golson, Al Grey & Red Holloway. This recording went to #1 and opened up some radio doors just before the Alerce recording released in 1996.

After forming his own record company in 1995, Jen Bay Records, he stunned the record industry with hit recordings on Jazz Radio. From 1996 to 2001 all eight of his recordings had finished in the top ten on National Jazz Radio with six of them going to #1 consecutively from 1997 to 2001!!

In 1996 he joined the Jimmy Heath band and also worked with the Heath Bros. During this time the Eternal Triangle was released and it went to #4 on The Gavin Jazz Chart. He recorded As We Were Saying with the Heath Bros. for Concord in 1997. This same year Marks third recording as a leader, A Minor Scramble was released. This was the second for his own company and it hit #1 on The Gavin Jazz Chart. This was the first of 6 consecutive Chart Toppers!! The other five were 1998 - Trickynometry #1, 1999 - New York Cats #1, 2000 - Over The Airwaves & Live At Smalls #1 and 2001 -Swingin' #1 !

From 1970 to the present Mark has taught Guitar and theory at independent studios, colleges and universities in the USA and abroad. His clinics are recognized as some of the finest in the world as attested to by Clark Terry who hired Mark to teach at several of his Jazz Camps in the 1980s and 1990s. Clark says, The students love his no nonsense practical approach. Hes a great clinician.

company. He is sought after for his lectures on How To Succeed As An INDIE.

Presently Mark is touring with his trio performing at festivals, colleges and also clubs.