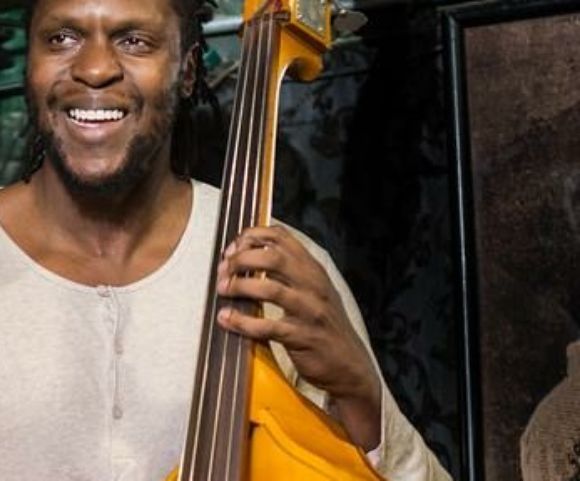 Born and raised in Waterbury, Connecticut Jonathan Michel is a bassist, composer and arranger of Haitian descent.

Michel is an eclectic artist known for his work as a producer and arranger, as well as performances all over the world. Some associated acts include Billy Paul, Laurin Talese, Soul Science Lab, Dominick Farinacci, Godwin Louis and Orrin Evans.

Based in New York City,( after a formative stint in Philadelphia in the 2000s) Michel released his debut album “MDR” on Imani Records in December 2018.