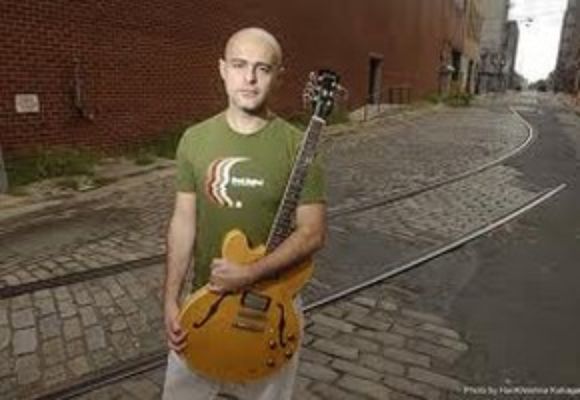 LUCA NOSTRO, (jazz guitarist and composer) was born in Rome on June 11th 1971. He holds a degree in Law and Economics from LUISS University in Rome and is currently on the Faculty of Philosophy at La Sapienza University.

He lives in Rome and New York.

Luca's relationship with music begins at the age of ten, when he studies piano and plays with a youth orchestra lead by one of the directors of "Sistine Chapel Choir". Later he moves to classical and electric guitar.

In 1998, Luca earns a diploma from the University of Music in Rome, specializing in jazz. During his stay at the University he studies with, among others, Fabio Zeppetella (Kenny Wheelher, Tom Harrell) and Peter Bernstein.

Luca plays with a great variety of groups, both as a leader and as a sideman (from jazz to pop, from bossa nova to soul nd rhythm'n'blues). He has been playing with, among others, Lilli Greco, Sandro Deidda, Donny McCaslin, Dan Weiss, Francois Moutin, Francesco Puglisi and Sandy Muller. In 2002 Luca works as the editor of a book about philosophy of music (L'esperienza musicale. Per una fenomenologia dei suoni. Collana i Libri di Montag, Manifestolibri 2002), which features philosophers and musicians such as Philip Tagg, Lawrence "Butch" Morris, Laird Addis and Nicholas Cook.

As a composer he often works with visual artists and actors, such as Mino Trafeli, Ilir Zefi, Stefano Tonelli (Hamburg 2004), Luigi Mezzanotte andCarlo Ragone, transforming their visual art into music.