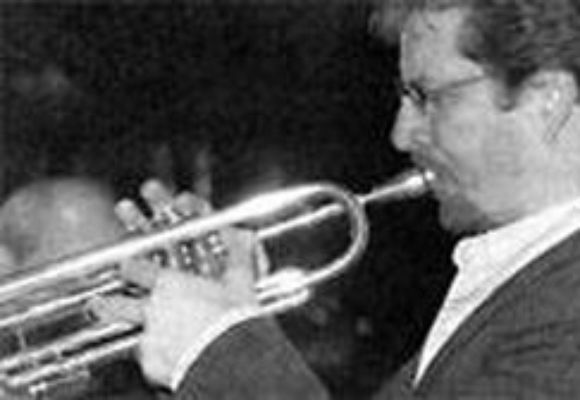 Joe Breidenstine began his musical studies at a very early age. He began playing piano at age 8 and took up trumpet at age 10.

After graduating from Mainland Regional High School in Linwood, New Jersey, Joe attended the jazz studies program at William Paterson University of New Jersey under the direction of Rufus Reid.

After college, Joe landed a 6 month stint at the Imperial Plaza Hotel in Osaka, Japan, where he performed 6 nights a week with the David Cedeno Orchestra. Once returning to the states, Joe was offered and accepted a chair in the Glenn Miller Orchestra on the recommendation of the great trumpeter Joe Magnarelli, and toured the United States.

In the mid-90s, Joe settled in New York City where he has had the opportunity to perform with some of the greats in music. Some of Joes most memorable performances have been with Lou Rawls, Tito Puente, Jon Faddis, George Benson, Joe Williams, Stanley Turrentine, David "fathead" Newman, Benny Golsen, Eric Alexander, Ralph Bowen, Charles Fambrough, Ray Vega, and many others. Joe has performed throughout the United States, Canada, Europe, South America, Japan, and the Middle East. In addition, Joe has studied privately with some of the greatest trumpet teachers in the world. Among them, the great Carmine Caruso, William Fielder at Rutgers University, Bill Adam at Indiana University, and Roger Ingram, who currently plays lead trumpet with the Harry Connick Jr. big band.