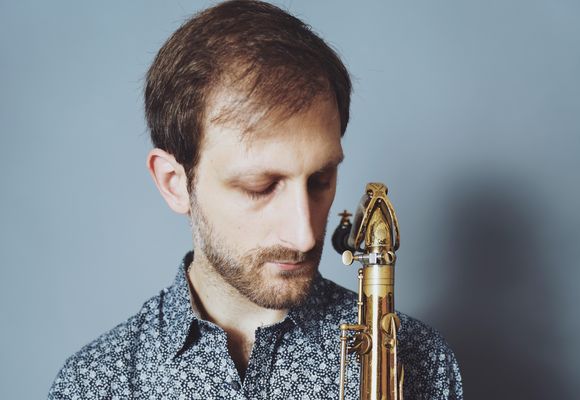 Originally from Texas, Matt Marantz grew up in a musical family. His mother is a conservatory-trained classic pianist and his father was the director of jazz studies at Arts Magnet High School in Dallas, where Matt heard many talented students early on in his dad's jazz program, especially Roy Hargrove who was a student there from between 1984-1988 and became Matt's first big inspiration in jazz. Picking up the saxophone in middle school, Marantz quickly became hooked and eventually began as a jazz student at Arts Magnet High School where he was named Downbeat's best international high school jazz soloist 4 years in a row. That led him to New York where he studied at Manhattan School of Music with Bob Mintzer and William Paterson University with Rich Perry. Matt was named one of 6 fellows in the Thelonious Monk Institute of Jazz in 2009 where he studied intensely for two years under jazz legends like Terence Blanchard, Ron Carter, Herbie Hancock, and Jason Moran among others in New Orleans. While still studying at the Monk Institute, Marantz released his first solo album in 2010 which received 3 1/2 stars in Downbeat Magazine. After moving back to the city in 2011, Marantz has traveled the world, performing in many venues as far away as China and Lebanon with the likes of Herbie Hancock, Jonathan Batiste, Michael Bublé, Fred Hersch, Brandford Marsalis, Robin McKelle, along with many other peer-led ensembles in New York City and abroad. A composer at heart, Marantz has released 3 albums of original music with a 4th on the way in 2020.

"An astute writer with fierce chops." - All About Jazz