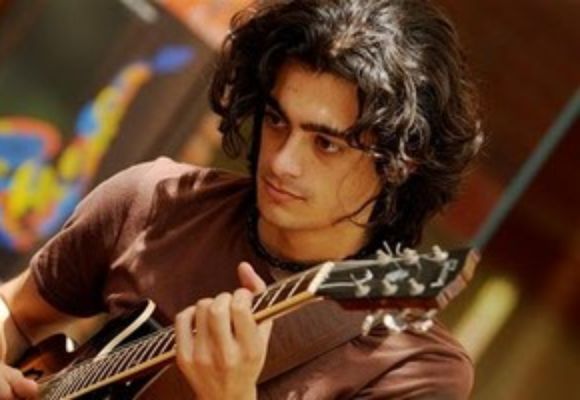 Francesco Diodati (Rome, 1983) began studying the guitar during his teenage years in Rome. Thanks to a scholarship he enrolled in InJam masters courses at the Siena School of Jazz where he had the opportunity to study with jazz legends such as Kurt Rosenwinkel, John Abercrombie, Hein Van De Geyn, Jeff Ballard, Drew Gress, Seamus Blake, and many others. Upon receiving one of the most highly sought after scholarships among guitartists from the New School for Contemporary Jazz and Music, Francesco found himself in the great city of New York where he met luminaries as Reggie Workman, Ben Allison, Peter Bernstein and Rachel Z. As a young leader and composer he has won both national and international competitions (Barga Jazz 2005, Porsche Giovani and Jazz 2005, Fara Music Fest 2009 and more). He recently recorded his first album as a leader, Purple Bra for Auand Records. His group Neko is a collaboration of some of the most influential, young Italian musicians: Ermanno Baron, Francesco Bigoni and Francesco Ponticelli. The group mixes jazz concept of interplay and freedom with a spontaneous melodic approach, looking at every style of music as a possible source of inspiration. Francesco has performed at the Panama Jazz Festival (Panama), OuTonalidades (Spain and Portugal), Casa Del Jazz (Italy), Zsambeck (Hungary), Tremplin Jazz DAvignon (France), Fat Cat (New York) and many more.