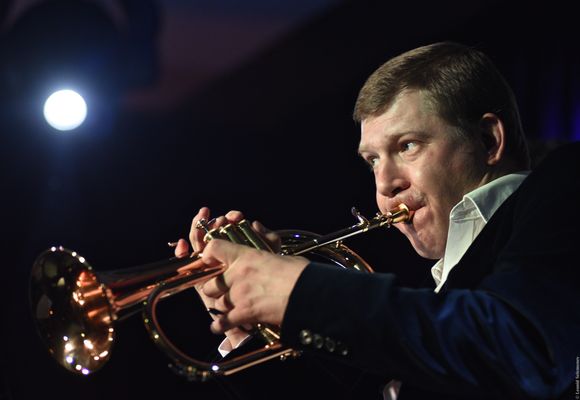 Trumpeter Vitaly Golovnev was born on February 21. 1976 in Nalchik, Russia into a family of musicians. Throughout 90s, he extensively studied Classical and Jazz music in such an established schools of Russia as National College of Musical Arts and Russian Academy of Music named after Gnesins. During that time Mr. Golovnev has performed with well known musicians and veterans of Russian/Soviet Jazz Scene and has established his reputation as new coming talent.

In November of 2003 Mr. Golovnev moved to New York City.  Since his arrival he has found himself in high demand working with many of New York’s most prominent Big Band’s including the Mingus Big Band, David Berger and "Sultans Of Swing" Orchestra, Arturo O'Farrill and his Afro Latin Jazz Orchestra, Brooklyn Big Band, and Hal McKusick Nonet as well as many Jazz combos.  Vitaly Golovnev has been active leading and composing for his own groups since they formed in 2004.

Mr. Golovnev has been fortunate to perform as a sideman with many notable musicians including Wynton Marsalis, Richie Cole, Lew Tabackin, Randy Brecker, Billy Cobham, Igor Butman, Joris Teepe, Donny McCaslin and many others.

Since then Mr. Golovnev came up with three albums as a leader:

and appeared as a sideman on many recorded and released projects as well.

Mr. Golovnev has been fortunate to perform at many notable venues and festivals around the world such as Smalls Jazz Club, Smoke, Blue Note, Birdland, Jazz Standard, Dizzy's Club at Jazz at Lincoln Center, Carnegie Hall in New York, Montreal Jazz Festival and North Sea Jazz Festival among others.