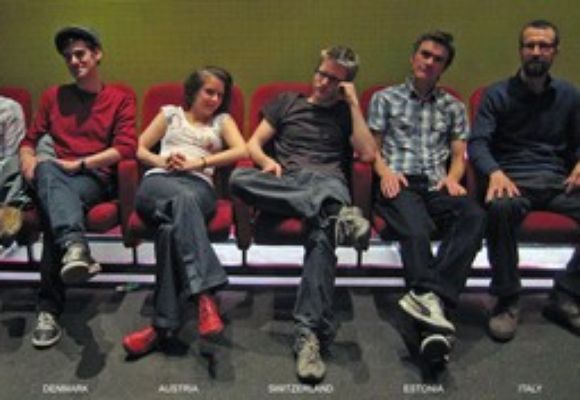 Formally known as "Group A" during the 2008 IASJ Meeting in Riga, Latvia, these wonderful young musicians quickly fused into a special space. Tears were shed, and many people were emotionally moved by their final performance. After a week of challenging, inspiring, and creative work, they realized that it wasn't the end and decided to stick together renaming themselves European Jazz Motion. The EJM have since appeared throughout Europe culminating in a tour of Estonia and Finland this past March. Supporting them is American jazz bassist Gene Perla who has performed and recorded with many great artists including Miles Davis, Elvin Jones, Nina Simone, Sonny Rollins, Sarah Vaughan, and Stone Alliance.

When the gigs ended, Sibelius Academy provided the group with their recording facilities in Järvenpää, Finland, and much music was produced. Gene, who was in attendance, brought the music to the States and re-mixed the tracks in his project studio. Currently they are on tour in the US to celebrate the release of their new CD "Odysseia." There will be another European tour next summer which will include a performance at the IASJ Meeting in Graz, Austria. IASJ is the International Association of Schools of Jazz, which was created by David Liebman over 20 years ago.

EJM is revitalizing the jazz music world. Some fans have described them as the "New European Jazz."

To hear a medley of their just released CD "Odysseia," please visit: