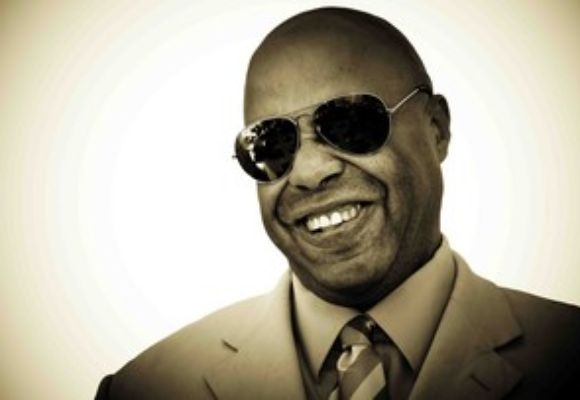 Blind from birth, Frank Senior is a native New Yorker and was raised in Harlem where jazz played a major role in his musical career. His style of music is jazz, blues, standards and gospel, ranging from the 1930s to the present. Early on, he was influenced by artists such as Ray Charles, Nat King Cole, and Aretha Franklin.

Prior to Franks professional career, he attended the High School of Music and Art, LaVelle School for the Blind, and New York University as a voice major. He eventually followed music a bit later in life, putting voice and acting aside to operate a newsstand, marry, and raise a family. In the early 1980s, after the birth of his daughter, he auditioned and landed a small part in the movie Turk 182. As Frank said, After earning this once in a life time opportunity to become a Screen Actors Guild member, I knew that this was the time to take advantage of my status and show my voice.

The Universal Jazz Center was the first of many venues throughout New York in which Frank Senior performed. He has also appeared in places such as The Village Gate, Bryant Park, The Angry Squire, Sweetwaters, The Blue Note and numerous others.

Sadly, a unique heartbreak caused a fourteen-year hiatus in Franks singing career. As Franks father entered the hall for one of Franks first major concerts after returning to the professional music scene, he had a massive heart attack and died. Frank returned to the world of music in 2000.

Franks unique phrasing and smooth style of singing enables him to reach people of all ages. As a recipient of a prestigious award from the National Endowment for the Arts, Frank performed a series of concerts in the New York area.

Some of the more prominent festivals and series in which he has performed are Montréal Jazz Festival and the Lighthouse Metropolitan Museum of Art concert. Other performances include jazz concerts in educational settings, session singing and jingles.