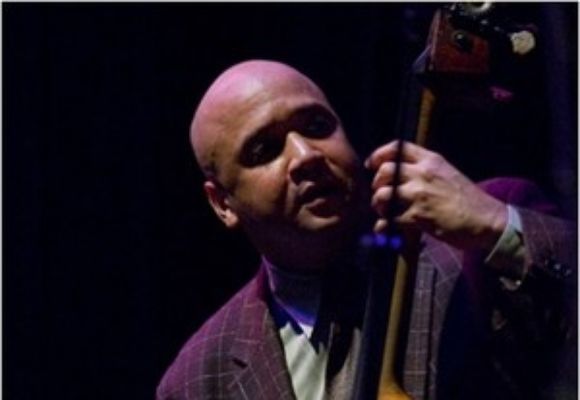 Perhaps the most recorded bassist of his generation, Peter Washington has also played an integral part in two of the most important and highly praised jazz trios of the last 20 years, in addition to a who's who roster of jazz artists.

Born in Los Angeles, California, in 1964, Washington attended the University of California, Berkeley, where he majored in English Literature and played in both the UC Symphony and the San Francisco Youth Symphony. In 1986, while performing in San Francisco with alto saxophonist John Handy, he was asked by Art Blakey to move to New York and join the seminal Art Blakey's Jazz Messengers.

Washington remained with the Jazz Messengers from 1986 to 1989, and during this time was able to establish himself as a ubiquitous, first- call freelance bassist; a position he has occupied to this day.

In the early 1990's Washington joined the Tommy Flanagan Trio , called by many the greatest trio in jazz, and remained until Flanagan's death, in 2002. For the past ten years he has been a member of the very highly acclaimed Bill Charlap Trio.

A complete discography would list, as of this writing, over 350 recordings, and is expanded on a weekly and monthly basis.

In the scope and breadth of his career thus far, his adaptability, and in his emphasis on creative, supportive, swiging time- playing as well as inventive and intelligent soloing, Washington has been compared to the likes of George Duvivier, Milt Hinton, and Ron Carter.