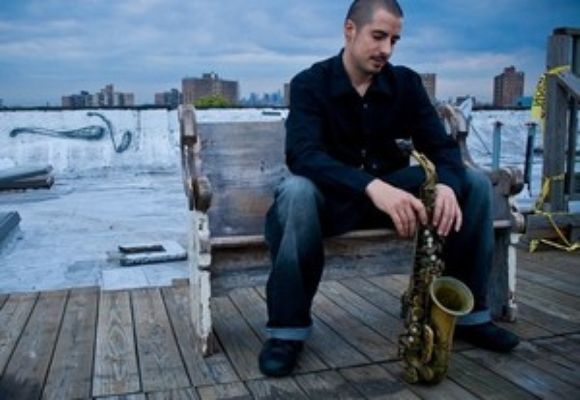 Alto Saxophonist Plume is part of a young generation of talented and energetic musicians currently emerging on the New York jazz scene. Involved in music since the age of 3, Plumes childhood and teen years were accompanied with the study of numerous instruments (violin, piano, drums and guitar) and performances in a wide variety of styles (classical, rock, metal, reggae, bossa nova, rap...). Today Plume strives to assert his voice as an improviser, band leader and composer, drawing his main influences upon Coltrane, Kenny Garrett, Darren Barrett, Myron Walden and Jeremy Pelt. Since his arrival in NYC in 2007, Plume has performed as a sideman or leader at the Jazz Standard, the Zinc Bar, the Kitano, Fat Cat, Creole, Sweet Rhythm, Cachaca, Barge Music, Galapagos Art Space, Cleopatras Needle, Prospect Pond, the Village Bistro, the Garage...

On the brink of his 17th birthday, Plume moved to Boston to study at Berklee College of Music. Enrolled as a guitarist, within his first year he picked up the saxophone and made the official change while maintaining his scholarship. Upon graduation he continued his studies at the New England Conservatory. George Garzone, Joe Lovano, Jerry Bergonzi, Hal Crook, Danilo Perez & Herb Pomeroy are amongst some of the mentors who guided Plume during these years.

During his stay in Boston, Plume performed at Ryles Jazz club, Scullers, The Real Deal, The Berklee Performance Center, Jordan Hall, The Isabella Stewart Gardner Museum, The Museum of Fine Arts, The Wonderbar, The Beehive, The Fireplace as well as live radio shows such as Eric in the Evening (WGBH) and Jazz Oasis (WERS). In 2004 he was selected to participate in Betty Carters Jazz Ahead, a residency program at the Kennedy Center featuring young up-and-coming jazz musicians. However, his 3 year weekend residency at Wallys Cafe - a landmark in his personal development - was no doubt his most influential experience, allowing him to develop his own voice and play alongside extremely talented and accomplished peer such as Darren Barrett, Walter Smith III, Kendrick Scott, Warren Wolf & Jason Palmer.

Plume currently maintains a busy performance schedule as a sideman and leader in New York as well as nearby east coast cities such as Boston, Philadelphia, Washington DC and Baltimore. He has been most fortunate to share the stage in formal and informal settings with leading jazz artists Mulgrew Miller, Joe Lovano, Tim Warfield, Jimmy Heath, Bill Lee, Darren Barrett, Eric Lewis, Roy Hargrove & Jeremy Pelt.