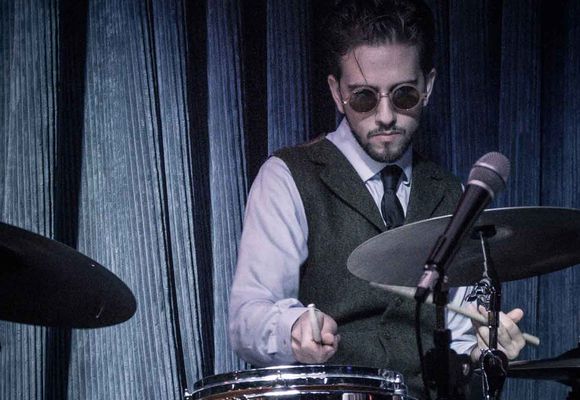 In 2014, he formed Evan Sherman Big Band, a 16-piece group of up-and-coming young lions alongside a rotating cast of seasoned veterans and guests such as Hargrove, Ku-umba Frank Lacy Johnny O’Neal, & Jon Batiste. The big band continues to perform all over the world and has appeared at the Perth International Arts Festival (Australia), Midsummer Night’s Swing, Caramoor, The Rainbow Room,, Ginny’s, The Django, SteelStacks, as well as Dizzy’s Club in Lincoln Center where they helped pioneer the Late Night Dance Party.

In  2017, Sherman co-produced and performed on a live trio recording with longtime  collaborator, Emmet Cohen flanked by the legendary bassist, Ron Carter. The album continues to receive critical praise citing Sherman as “a beacon of taste”, “who, though in his mid-20's, plays here like an old master”.

In addition to performing, Evan loves to present clinics/workshops, educating people all over the world about jazz. He is honored to be the artistic director for the third year in a row at "Jazz for Jennings", a charitable concert founded by the late ABC world news journalist, Peter Jennings with legendary percussionist, Max Roach.