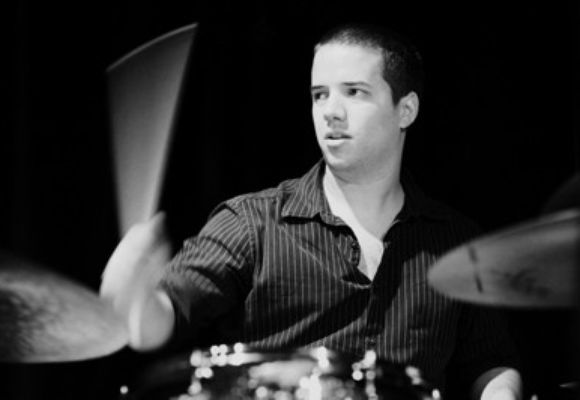 Drummer Ernesto Cervini has quickly become in demand as a sideman and also as a bandleader in North America because of his unique and deep musicality. Ernesto released his debut CD as a leader, Here, in 2006 to critical acclaim: "Here is a wonderful debut that showcases Cervini's monster chops and compositional abilities." Budd Kopman, All About Jazz. In 2009 his sophomore release, Little Black Bird featuring Joel Frahm on Saxophones was released on Orange Grove Records, and is being distributed by ANZIC Records (both based in New York City.) "Bold Canadian drummer Ernesto Cervini exemplifies "float like a butterfly, sting like a bee", says Ken Micallef from Downbeat Magazine.

Ernesto has had the opportunity to share the stage with many legendary jazz musicians; Joe Lovano, Clark Terry, Benny Golson, Cleo Laine, Pat LaBarbera, Dick Oatts, Buddy DeFranco, Eddie Daniels, Henry Cuesta, Scott Robinson, Dave Binney, Jim McNeely, Phil Nimmons, Peter Appleyard, Ranee Lee and many others. He has opened for musicians such as Herbie Hancock, Kenny Garrett, Roy Hargrove, Dave Holland, Roy Haynes and Poncho Sanchez. Ernesto is currently the drummer for the ACQ, MEM3, Strange Attractors (featuring Brownman) as well as Monday Off, a 4-part vocal group.  Ernesto has recorded albums with many of these groups and Code Breaking by the Tara Davidson Quintet was nominated for a Juno award.

Ernesto's diversity as a musician (he is also an excellent pianist and clarinetist) has allowed him to travel throughout the world, performing in some of the world’s greatest concert halls and jazz clubs. Ernesto has been featured as a leader and sideman at the legendary Birdland, Sweet Rhythm, The Jazz Standard, The 55 Bar, The Montreal Bistro, The Top Of the Senator, The Rex Jazz and Blues Club and has also been fortunate enough to perform in concert halls such as Massey Hall, The Glen Gould Theatre, The St. Lawrence Center for the Arts and the Sugita Theatre in Yokohama, Japan.

Ernesto received his Bachelors degree from the University of Toronto, and a Masters degree from the Manhattan School of Music.  Ernesto is continuing to push musical boundaries with his innovative compositions, as well as his imaginative and explosive drumming.  He will be a constant in the global jazz scene for decades to come, through his love for musical performance and education.