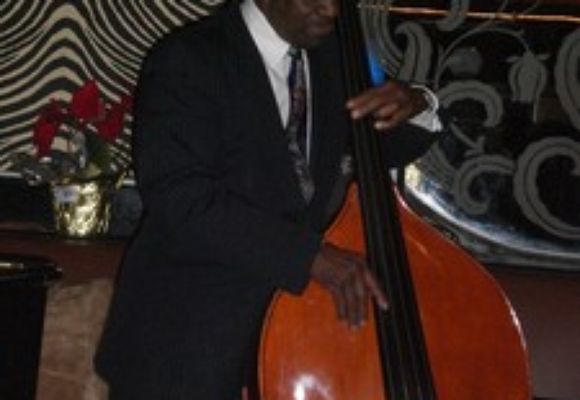 New York born bassist Alex Layne began his musical career in 1959 at Count Basies Night Club. After attending the High School of Music & Art, the 20 year old landed a job with the clubs house band headed by Steve Pulliam. Layne graduated with honors from Bronx Community College and continued his studies as a music major at Queens College. He has also studied privately with bassists Stuart Sanky, Ron Carter, and Alvin Bhrem.

Basies Night Club was just the beginning for this extraordinary musician; he went on to be a major player on the N.Y. scene. He has appeared with some of the great musicians of our time from Coleman Hawkins and Max Roach to Freddy Hubbard and Cedar Walton. However, the bulk of his career has been spent accompanying the top vocalists of his time- Billy Eckstein, Carmen McRae, Gloria Lynn, Johnny Hartman, and Miriam Makeba, to name a few.

His knowledge of music theory and its application to solo and group performance is of the highest order. He is a formidable performer both as soloist and as a member of a jazz rhythm section. His skills are evident on both the upright double bass and the electric bass guitar. His experience also includes time spent performing with folk, blues, and rhythm and blues artist too. Josh White, Jimmy Witherspoon, Little Anthony, and Imperials, are some of the artists that he has the pleasure of performing with. He is currently employed by the Jazz Foundation of America, performing in schools, hospitals, and Nursing Homes, as well as working with his own group in some of the prominent Jazz Clubs in New York.