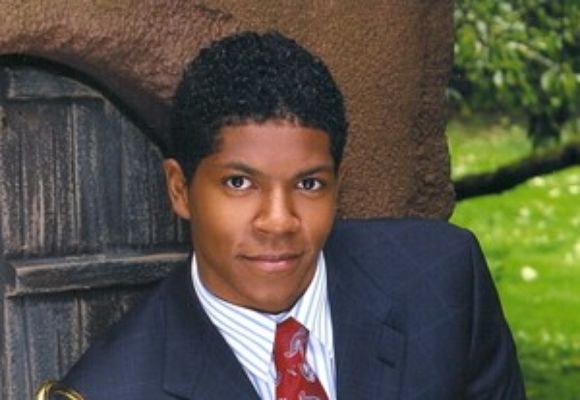 Javier Nero, 21, is an accomplished trombonist, composer and arranger emerging from the Pacific Northwest. Currently entering his final year at prestigious Juilliard School in New York City on the Irene Diamond scholarship, Javier has begun to rise to the top distinguishing himself as a top college composer, arranger as well as trombonist. Javier was recently selected by a distinguished panel of judges as the winner of the 2011 International Trombone Associations Carl Fontana Jazz Trombone Competition. Along with the bragging rights, Javier was awarded brand new Edwards Jazz Trombone as part of the 1st place prize. Javier also was selected to take part in the annual Betty Carter Jazz Ahead program, which focuses on composition and performance. Javier also recently was awarded a Downbeat Student Music Award for his arranging skills. While studying at the Juilliard School Javier has also been fortunate to study and play with many of the worlds most distinguished musicians in jazz including: Steve Turre, Conrad Herwig, Benny Golson, Frank Wess, Carl Allen, Terence Blanchard, Mulgrew Miller, Christian McBride, Kenny Barron, Joe Temperley, Ray Drummond, Ben Wolfe, Ron Blake, George Colligan, and Lew Tabackin among others. But Javiers accomplishments didnt only begin when he made it to Juilliard. While in high school Javier seized the competition on a national level as well, being awarded: Soloist awards at the Mt Hood, Clark, Monterey, North Texas, Clackamas, Lionel Hampton and Willamette High School Jazz Festivals. Javier was selected as lead trombonist in both All-State and All-Northwest Jazz Ensembles. Also, Javier was selected as one of only 4 trombonists nationwide to perform in the Gibson/Baldwin Grammy Jazz Ensemble, the Monterey Jazz Festival's Next Generation Jazz Orchestra, as well as the Jazz Band of America. Along with this Javier has had privilege to participate in Young ARTS Week in Miami Florida, and was awarded a silver medal in the arts. Javier also was nominated as a presidential scholar in the arts.