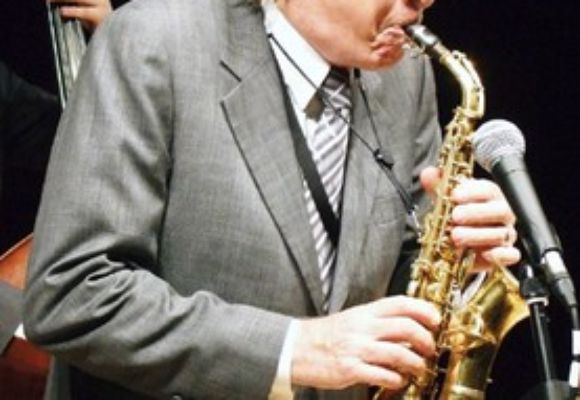 Bob Wilber is an internationally renowned instrumentalist, arranger and composer who has been a leading figure in keeping the spirit of classic jazz alive.

His association with jazz came about at an early age. He recalls having heard Mood Indigo by Duke Ellington when he was only three years old! In high school he studied clarinet and then formed a band with Dick Wellstood and Ed Hubble known as The Wildcats. This band of teenagers went on to sit in at Jimmy Ryans club in New York. During this time he studied and lived with Sidney Bechet. In 1948 he played at the Nice Jazz Festival and toured France with Mezz Mezzrow. Then for two years he led a band at Bostons Savoy Club.

By the 1950s Wilber was searching for his own voice, studying classical clarinet with Leon Russianoff and jazz with Lennie Tristano and Lee Konitz. In 1954 he formed The Six a group that combined elements of traditional and modern jazz. After two years of touring and recording three LPs he joined Eddie Condons band, playing at Eddies club and touring England. He wound up the decade playing with Bobby Hackett in New York and touring with Benny Goodmans big band.

In the 1960s Wilber was freelancing in New York with the likes of Ruby Braff and Bud Freeman, making records for Music Minus One and working for Jackie Gleason with Max Kaminskis band. In 1968 his Music of Hoagy Charmichael LP was nominated for a Grammy Award. In 1969 Wilber became a founding member of the Worlds Greatest Jazz Band, led by Yank Lawson and Bob Haggart that featured Bud Freeman, Billy Butterfield, Ralph Sutton and other stars. He stayed with them until 1974 when he teamed up with Kenny Davern to form Soprano Summit which featured the unique sound of two soprano saxophones. They toured the US, Europe and South Africa, recording nine LPs. He also was on the board of The New York Jazz Repertory Orchestra which gave a series of concerts at Carnegie Hall and toured Russia in 1975. In 1981 he and his wife, singer Pug Horton, formed The Bechet Legacy, a six piece band which set out to celebrate the musical heritage of Sidney Bechet. During this time they set up their own record label Bodeswell and recorded seven LPs including The Bechet Legacy, Reflections and The Music of King Olivers Jazz Band. He arranged the Ellington recreations for the movie The Cotton Club in 1984 for director Francis Ford Coppola which won him a Grammy. In 1983 he became the first director of The Smithsonian Jazz Repertory Ensemble which toured the United States for three years. In 1988 Wilber led bands at both Carnegie Hall in New York and Royal Festival Hall in London to celebrate the 50th anniversary of Benny Goodmans famous 1938 concert. Since then he has continued to lead his small groups and large orchestras for work around the world. He also received critical acclaim when he wrote his memoirs Music Was Not Enough. In 1996 Wilber received The Three Key Award at the Bern Jazz Festival. (Previous recipients were Oscar Peterson, Benny Carter, Milt Hinton, Clark Terry and George Wein).

To this day Bob Wilber continues to create and play music that is a tasteful and exciting exploration of classic jazz. He has been nominated to receive an Honorary Doctorate of Music from Hamilton College in Clinton, New York in 1998. (Past awards have gone to Sweets Edison, Milt Hinton, Clark Terry and Marian McPartland).