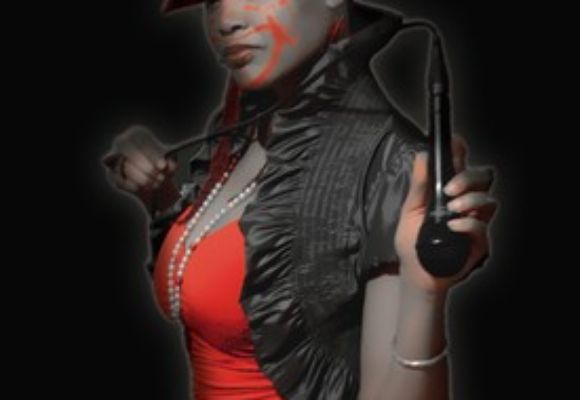 Mavis, you knocked me out with your soul, sound, voice, and direct honesty, plus great musicianship. The record is a total bomb. I LOVE the CD. You're a wonderful singer, and the band is smoking. Its quite moving. It swings, and has got all the stuff that I like! " -ANDY BEY, Grammy-nominated vocalist/pianist

"Sorry Jill Scott, not so fast Angie Stone, not that we don't love you ladies, but Mavis SWAN Poole is the clear choice for Midpoint. This street wise, world traveled, diva in the making, can sing anything she wants. Smoky jazz club ballad, neo soul funk fest, low rider speaker shaker, Mavis attacks and conquers any style that comes her way. I wonder if Mavis is the reason Lauryn Hill has gone into hiding." -MIDPOINT MUSIC FESTIVAL 2009, Cincinnati

Swan displays her versatility as a complete musician by working amongst the greats in a variety of genres. The vocalist for the Bill Lee big band, (filmmaker Spike Lees father), was praised as Indys 2007 Jazz Vocalist to watch, yet flexible enough to record with Grammy Award winning producer 9th Wonder & Hip Hop guru Buckshot on their most recent collaboration. She also currently graces the stage as supporting vocals for soul singer NDambi.

HER story: Bull Citys finest is the knee-baby of five siblings, born and raised in Durham, North Carolina to musically inclined parents. Swan had a naturally raw talent, only working, touring, and competing in gospel groups Gods Voices, the Chosen Few and the Spiritualettes. Within these entities, she taught, learned, and sang intricate vocal parts by ear. A product of a church filled upbringing, she worked and/or recorded with Gospel greats like Luther Barnes, Byron Cage, Ron Bigelow, and in 1999, sang in a hand picked group that performed in the Special Olympics with gospel diva, Shirley Caesar, Dr. Bobby Jones, and Peabo Bryson.

After 22 years of never receiving vocal training, our Songbird decided to attend the very prestigious North Carolina Central University. While there, she was in the Sound Machine marching band (alto saxophone), the Jazz Vocal, Big Band, and Combo Ensembles (vocal arranger/section leader/soloist), as well as the Touring & University Choirs (Ms. Choir /secretary /section leader). Swan was a Spring 2002 Epsilon Lambda chapter rose of Tau Beta Sigma, National Honorary Band Sorority, Inc. She also was an active part of the Theatre Dept, participating in plays like Mama, I Want to Sing. While a student, she was the Vocal Director as well as a Principle role in productions like Crowns and EUBIE!, where she received flattering and humbling praise from press, and critics, as well as a nomination from a visiting critic to compete for the Irene Ryan Acting Scholarship. Recording artist Lenora Zenzalai Helm, and jazz icons Ira Wiggins and Arnold George were just a few of her most impacting mentors as an undergraduate student.

Swan is the recipient of many noteworthy awards, including Port Townsend Centrum Jazz Festival participant, Betty Carter Jazz Ahead, Sisters In Jazz (IAJE), Indys 2007 Jazz Vocalist to watch, and the Featured Artist for music networks like Reverb Nation, Indie Music Universe, and SonicBids.

You are warmly invited to continue the lifelong journey with a true swan of vocalists, Ms. Mavis SWAN Poole.