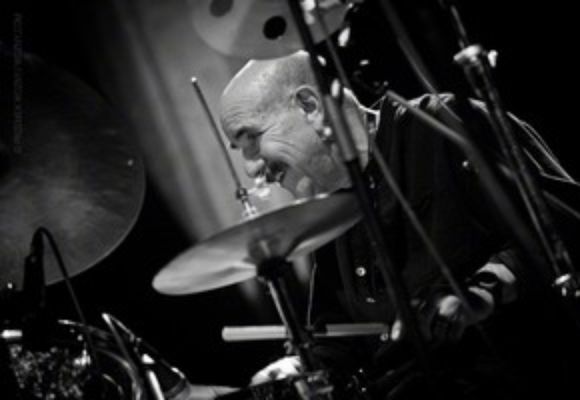 "Michael is one of the most involved, sensitive, and musical drummers I have known, plus -- he swings!!

Calling him a drummer isn't really good enough. He inhales the music and gives you a lovely breeze in return."

Michael Stephans leads three distinct but interrelated lives. As a college professor, he holds a Ph.D. in education, and two Master’s degrees, in English and education respectively. He has taught at three prominent universities and is currently in residence at Bloomsburg University of Pennsylvania, where he teaches writing.

In addition to his performance activities, Michael was awarded composition grants from the National Endowment for the Arts and the Percussive Arts Society. The former afforded him the opportunity to write a large ensemble piece called “Shapes and Visions” for the vibraphonist Karl Berger, which was performed at the Museum of Natural History in Washington, D.C.

His two most recent CD releases as a leader are OM/ShalOM, a critically acclaimed  project featuring an all-star ensemble (Endemik Records), and NOMADS, another critically lauded disc --this time a duo with saxophonist David Liebman (ITM Records). A new CD called OPEN SPACES by Michael’s  Spatial Edition quartet (Lunazure Records) is projected for release in the spring of 2012.

He has also been active as an award-winning poet, writer, and jazz journalist. His work has been published in many literary journals, and he has authored three books of poetry and fiction (with a fourth on the way), He is currently at work on a book titled Experiencing Jazz: A Listener’s Companion, for Scarecrow Press.

In addition to being the leader of the all-star OM/ShalOM Project, Michael is currently a member of the Bennie Maupin Ensemble, the Dave Liebman Lineage Quartet, the Alembic Trio (w/ Liebman and John Patitucci), the Alan Broadbent Trio,  and his own ensembles, Spatial Edition, and Trio Frio.