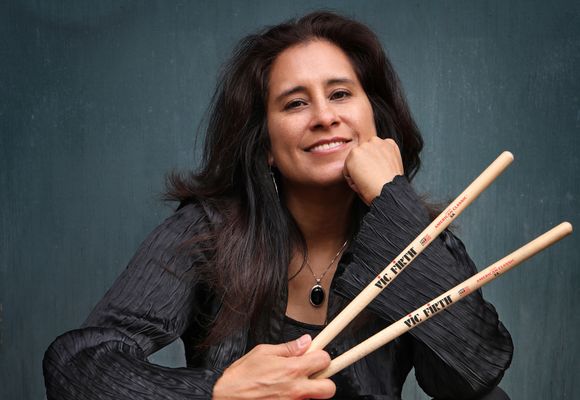 outstanding performances in a variety of situations. She has had the honor of

England, Switzerland, France, Italy and Germany and venues across the U.S. In

with George Mraz in 1994. She performed with the Clark Terry Quintet and Big

S.S. Norway jazz cruises and clubs, concerts and festivals in the U.S, Europe,

the Caribbean and South America. While working with the Clark Terry quintet

she had the opportunity to perform with guest artists Al Grey, Red Holloway,

and Lou Donaldson to name a few.

Cuenca has also performed with such jazz luminaries as Billy Taylor, Frank

Orchestra and many others. She also performed in a live taping of Black Girls

Rock concert in NYC with pop star Alicia Keys. In 2015 she performed at Dizzy’s

Washington D.C. Cuenca has been a longtime faculty member at the Jazz for

California. She was an artist-in-residence at various universities in the U.S. and

Europe with the Clark Terry quintet, Eddie Henderson quartet and as a leader

with her own groups. In 2014 she received a B.A. degree in Jazz Performance

from Empire State University in NYC.

* Chicago Jazz Ensemble under the direction of Jon Faddis

* Critical acclaim from major publications for both of her independent releases

* Tour of Korea and Japan with Kenny Barron, Ray Drummond and Michael

at the Kennedy Center for the Performing Arts