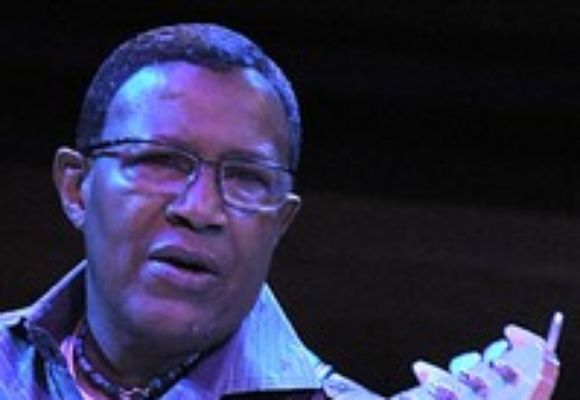 Bob Cranshaw has been the bassist of choice for Sonny Rollins since 1959. Their forty-seven-year collaboration is the subject of a new video on Sonny's website, Bob Cranshaw and Sonny Rollins, The First Gig. Created by Bret Primack, it features interviews with both Rollins and Cranshaw . Exclusive performance footage includes excerpts from The Sonny Rollins Group in Concert back in April in California. The content is also available as an MP3 download.

Born December 10, 1932, the Evanston, Illinois native started on drums and piano before switching to the tuba and bass in high school. He was a founding member of Walter Perkins' MJT +3 band in 1957 and it was Perkins who recommended Bob to Sonny as a replacement bassist for a gig at the first Playboy Jazz Festival in Chicago in 1959.

Bob has also worked extensively on Broadway and television, including memorable stints as the bassist in Billy Taylor's Orchestra on the David Frost Show, on Sesame Street, and on the original version of Saturday Night Live in the late 70s.

A tribal elder and compassionate advocate for musicians' rights, Bob Cranshaw has devoted considerable energy in the last decade to helping other musicians as a representative of Local 802, the musician's union in New York. Bob seeks to empower musicians by helping them understand how they can utilize the services that the union provides.

On the eve of their forty-eighth year playing together, Cranshaw and Rollins have recorded again, toured Europe, and look forward to summer

gigs in France, Spain, and New York (August 27 in Damrosch Park). For Bob Cranshaw, playing with Sonny has enabled him to feel the youngness in my life. It's kept me young in spirit because Sonny always kicks ass.

From the early '60s to the early '70s, he also performed with pianist Duke Pearson. Along with his time in jazz bands and theater orchestras, Cranshaw has worked in television studios. He can be heard in vintage episodes of Sesame Street. He is also an active member in the New York musicians' union.