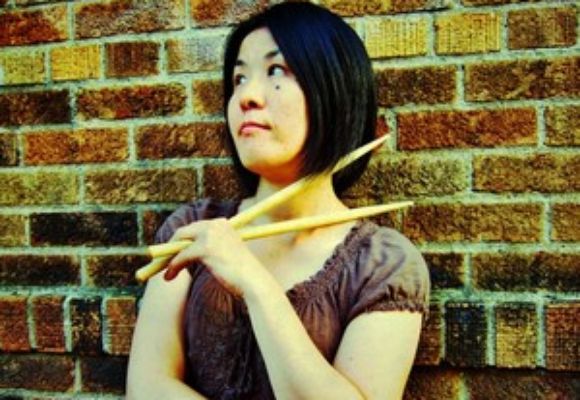 Jazz drummer Ai Murakami was born in Japan, and has been fascinated by rhythm ever since she played taiko (Japanese drums) at the age of four. When she heard Thelonious Monk’s “Monk’s Dream” for the first time, she fell in love with his music immediately and immersed herself in jazz.

She started her professional career while at Waseda University, and moved to New York city in 1998. Soon after her arriving, she found her musical home, Smalls Jazz Club, located in Greenwich Village, and quickly met like-minded musicians. Since then, she has dedicated herself to pursuing her musical passion.

"Murakami is crisp and selective, but her breaks insert force into all the right places. She is the first reason Conception swings like crazy."

"Her interpretations prove once again two things about bebop: Its complex energy is unique in its capacity to communicate joy, and its forms are inexhaustible in their openness to individual expression."

"The two extended solos she takes &are deliciously melodic displays of accents, rolls, and rimshots  compositionally deep, as one motif naturally builds into the next. Throughout this session, she plays for the comfort of the band,  creating a flowing swing tapestry for the quartet."