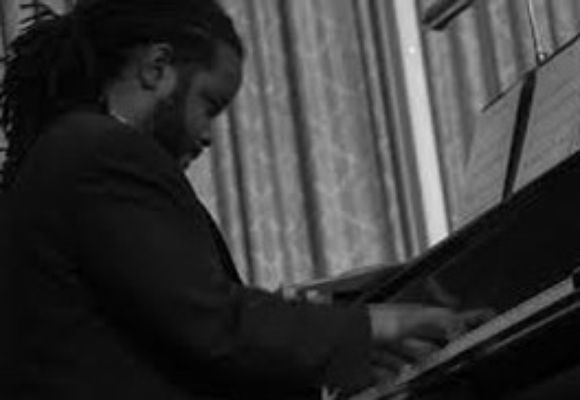 Victor Gould, a pianist from Los Angeles, began playing piano at the young age of four. He was fortunate to grow up in a household where his parents supported him wholeheartedly. His undergraduate degree was completed at Berklee College of Music where he was a recipient of the Herbie Hancock Presidential Scholarship. Immediately after he graduated from Berklee, Victor attended the prestigious Thelonious Monk Institute of Jazz and received his Masters Degree. Gould's honors include the 2009 ASCAP Foundation Young Jazz Composer Award, and in 2006 He was a semifinalist in The Thelonious Monk International Piano Competition. As a member of the Donald Harrison Quartet, Gould recorded three CD's and a DVD, and toured the United States and Europe. He has performed with Esperanza Spalding, Terence Blanchard, Branford Marsalis, Nicholas Payton, Ralph Peterson, Wallace Roney and many others. Victor is currently residing in New York and has been a member of the Wallace Roney Quintet for over a year. In that time he has recorded 2 albums with him. Victor will began recording his debut album in March 2014.