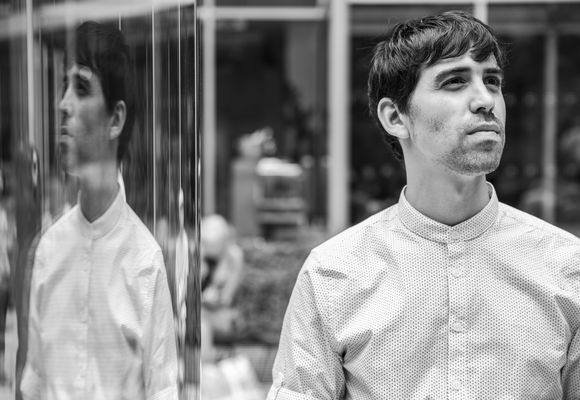 Hailing from Tel Aviv, Noam Wiesenberg is a highly sought after bassist and arranger on the New York music scene. Born into a musical family, Noam was exposed to many different genres at an early age. After 12 years of playing the Cello, Noam switched his focus to the Double Bass at the age of 20, and quickly became an integral part of the Israeli Jazz scene. His arrangements have been performed by some of the leading Israeli Symphony orchestras, such as The Jerusalem Symphony Orchestra, The Haifa Symphony Orchestra, The Israel Symphony Orchestra Rishon-LeZion and more.

Noam has been a recipient of the AICF’s scholarships for 10 years (1998-2008). By winning 2nd prize in the “Israeli Jazz Player of the Year” competition, Noam participated in the annual IASJ convention, held in Riga, Latvia.

He has toured in Africa, India, Europe and performed at venues like the Monterey Jazz Festival, the Kennedy Center, the Philadelphia Museum of Art, the Boston Museum of Fine Arts, the Blue Note, Small’s, Le Poisson Rouge and Joe’s Pub. In addition to his performing, he lives in Brooklyn and works regularly as an educator and arranger.