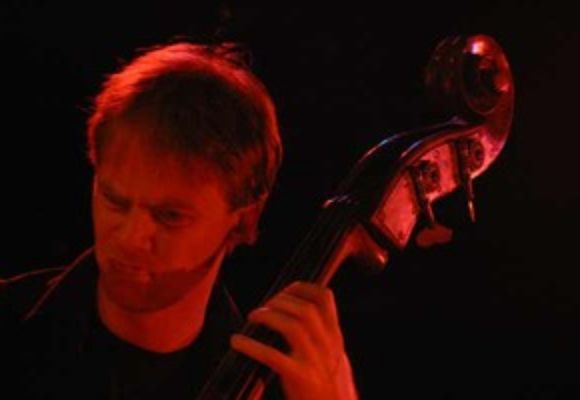 Born in Heidelberg, Germany and a New York resident since 1991, Johannes Weidenmueller has developed into one of the most active and in demand bass players in the jazz community. He has been a member of the Hank Jones trio, Ray Barrettofs new world spirit, the Carl Allen-Vincent Herring quintet, the John Abercrombie quartet, and the Joe Lovano trio. Other associations include Eddie Henderson, Dewey Redman, Randy Brecker, Kenny Wheeler, Toots Thielemans, George Benson, Wynton Marsalis, Joshua Redman, Gary Bartz, Jonny Coles, Clifford Jordan, Joe Chambers, and many others. He has appeared at most of the major jazz and music festivals around the world and has collaborated in productions with the National orchestra of Spain, the Balthasar Neumann orchestra and choir, Flamenco musician Chano Dominguez, the Indian music ensemble of Gaurav Madzumdar. He has been the recipient of numerous awards and grants including the young European jazz artist of the year award in 1993 and 1996, the Hennessey jazz prize 1996, grants from Arts international and the New School faculty development grant. As an educator, Johannes has been on the faculty of the New Schoolfs jazz and contemporary music program since 1997 where he teaches bass and ensemble. He also is a member of the faculty at the Mannes college of music and has taught workshops and clinics at the Banff Center for the arts, NYU, U of Green Bay, the Amsterdam Conservatory, U of West Virginia, U of N.C Chapel Hill, Charleston College S.C, Monk Institute Aspen, Middle Tennessee State University, Cal State Bakersfield, U of Central Oklahoma, Jazz Lab in Edmond, OK, CSNM Paris, Arizona state University, Mansfield University PA, Castleton State College Vermont, and many others. He is also the author of a book and DVD on metric modulation to be published by Mel Bay in 2005