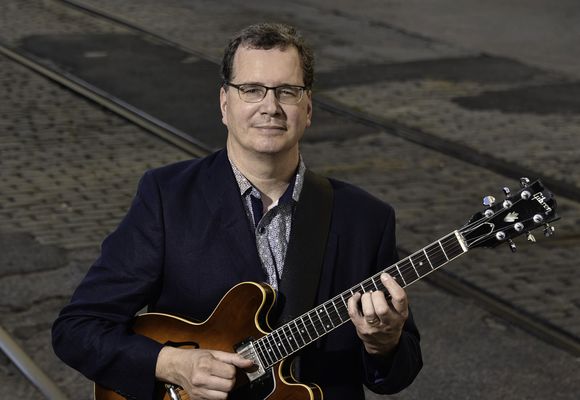 Jazz guitarist Pete McCann has been an integral part of the New York City jazz scene for 25 years. Whirlwind Recordings has just released his fifth CD, Range, which earned a 4.5-star review from DownBeat Magazine. A sought-after sideman from duos to big bands, he has played guitar on over 100 CDs.  McCann has performed and/or recorded with Kenny Wheeler, Dave Liebman, Lee Konitz, Patti Austin, Brian Blade, Grace Kelly, Bobby Previte, the Mahavishnu Project and the Maria Schneider Orchestra. He received his Bachelor of Music degree from the University of North Texas and teaches at City College of New York and the New School in New York City as well as the Maine Jazz Camp.