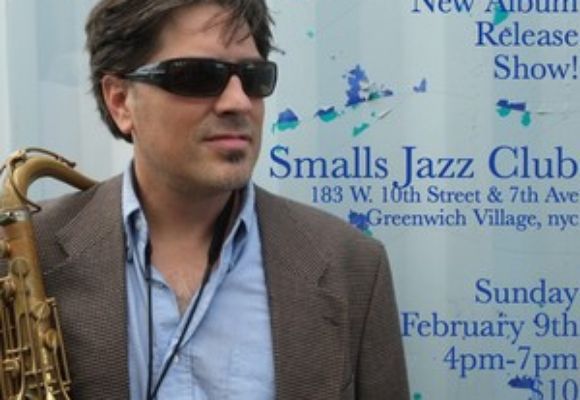 Tom Tallitsch is a Saxophonist, Composer, and host of 'The Modern Jazz Radio Show'

His albums as a leader include:

"Tom Tallitsch delivers a killer dose of hard bop that is fueled by both some heavy chops as well as crisp songwriting. His fourth album (first for Posi-Tone), Heads Or Tales is simply an awesome display of muscle and dynamics.” -Jazz Wrap 6/12

“Tenor saxophonist Tom Tallitsch put together a program of original music that’s chock full of intriguing melodies and strong solo statements, highlighting his abilities as player, composer and sax-wielding storyteller. He zigzag’s his way through fast passages like an expert race car driver, delivers soothing streams of sound, and brings intensity and suspense into the picture.”  -All About Jazz 2012

“Tallitsch is a post-bopper at heart, who plays tenor with the pivoting angularity of Joe Henderson. He is also a fine composer, interested in creating interactions that are more harmonically sophisticated and melodically pliable than the groovy tropes of organ-laden soul jazz.” - Emusic 5 Stars 2012