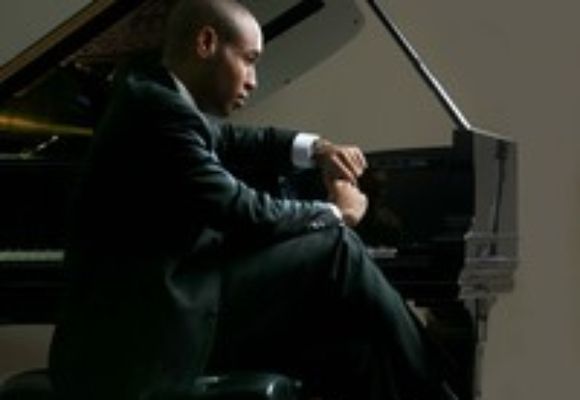 Hailed by the New York Times as a Revelation, and the Chicago Tribune as The most promising discovery that [Wynton] Marsalis has made since Eric Reed, Aaron Diehls distinctive interpretations of the music of Scott Joplin, Jelly Roll Morton, Art Tatum, Duke Ellington, and other masters pays homage to the tradition while establishing his own original voice.

Mr. Diehl has performed with the Wynton Marsalis Septet, the Jazz at Lincoln Center Orchestra, The Boston Symphony Orchestra, Benny Golson, Hank Jones, Wycliffe Gordon, Victor Goines, Wessell Anderson, Loren Schoenberg, and has been featured on Marian McPartlands NPR radio show Piano Jazz. His international touring has included major European jazz festivals as well as performances in South America and the Far East. In addition to the Mozart Jazz trio album, he has recently released Live at Caramoor, from his solo performance at the prestigious festival in the summer of 2008.

A native of Columbus, Ohio, Mr. Diehl is a 2007 graduate of the Juilliard School where his teachers included Kenny Barron, Eric Reed, and Oxana Yablonskaya. His honors include Lincoln Centers prestigious Martin E. Segal award in 2004, winner of the 2003 Jazz Arts Group Hank Marr Jazz Competition, and Outstanding Soloist at Jazz at Lincoln Centers 2002 Essentially Ellington Competition. Immediately following graduation from high school he toured with the Wynton Marsalis Septet.

Mr. Diehl currently resides in Manhattan where he serves as pianist for St. Joseph of the Holy Family Church in Harlem.