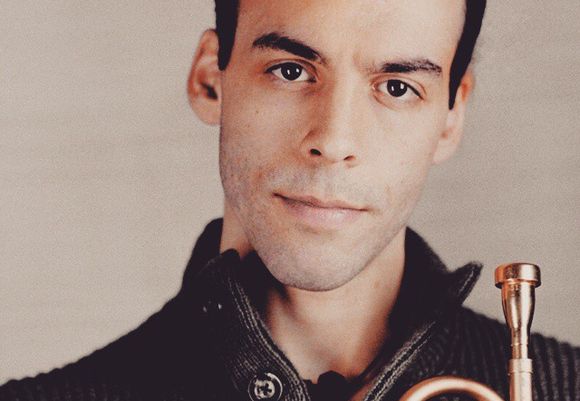 Go to event
View more shows...
New York City based trumpeter, composer, Doctor of Musical Arts, and Blue Truffle Music/Fresh Sound Records recording artist, Jonathan Saraga, has been said by All About Jazz to play "with the wisdom and maturity of veterans more than twice his age", and that "his chops, lust for musical life and don't-box-me-into-a-stylistic-corner mentality make him seem like the musical offspring of trumpeters Dave Douglas and Ambrose Akinmusire."

After winning the International Trumpet Guild Jazz Solo Competition in 2007, and competing as one of five finalists in the 2009 Carmine Caruso International Jazz Trumpet Competition, Jonathan received his Bachelor of Music degree from SUNY Purchase. In 2010, he was selected as one of two trumpeters to participate in the School for Improvisational Music summer intensive program and would go on to receive his master’s degree in jazz studies from SUNY Purchase in 2011. In 2012, Jonathan released his debut album, First Vision for Blue Truffle Music, which was hailed by All About Jazz as a "stand-up-and-take-notice offering" and compared to "Miles Davis' "Nefertiti", "John Zorn's "Masada", and the "Blue Note records of the early 1960s".

Saraga was one of two trumpeters considered for the 2014 Juilliard Artist Diploma program and one of four trumpeters selected to participate in the 2015 Banff International Workshop in Jazz and Creative Music. In 2016, Jonathan begin pursuing a 3-year Doctor of Musical Arts degree in Jazz Studies, during which time he received the 2016 ASCAP Herb Alpert Young Jazz Composer Award and became a 2-time Semi-Finalist and Winner of the International Songwriting Competition in 2016/17. He since has been selected for the 2019 Banff Early Fall Artists in Residence program and has achieved finalist status in the 2019 New Jazz Works grant presented by Chamber Music America.

Before earning his title as Dr. Saraga, Jonathan released his sophomore album, Journey to a New World for Fresh Sound Records in 2017, which Jazz Journal (UK) said "comes out of the speakers with a rare confidence and finish, but without the smuggery and sheen that a lot of contemporary jazz has in place of real content." Jerry Gordon of Evidence Records calls it "brilliant", 'Jazz Magazine' (France) notes the group's “astonishing maturity” while 'Jazzwise' (U.K.) states they are "assertive" and "inventive."