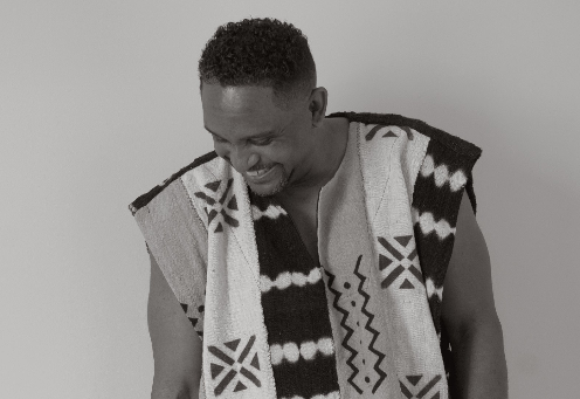 Ronnie Burrage is considered one of the best jazz musicians on the world scene today. He has played
with Wayne Shorter, Sonny Rollins, Pat Metheny, Jaco Pastorius and is featured on more than 100
recordings; and has toured on all four continents from Siberia to South Africa to Japan. Ronnie's
latest productions, "Spririt Guides / Truth and Love Music" & "Blue Noise", may be some of his
greatest works.
"Most people who know Ronnie Burrage know him as an exceptionally skilled jazz drummer, who
has been one of the most well-traveled, busiest, and well regarded, by insiders of the music, but who
has never gotten the acclaim he deserves.
His musical biography is dynamic and vibrant. He's worked with the great names in the music, Frank
Morgan, Wallace Roney, Jackie & Rene McLean, James Moody, Gary Bartz, Archie Shepp, Reggie
Workman, Joe Zawinul, Wayne Shorter, Cedar Walton, Woody Shaw, McCoy Tyner, Pepper Adams,
Michael Brecker. It is a catalog of jazz greats!
In addition, but also as an organic part of his doing, Ronnie Burrage has been an influential teacher,
both privately and in significant institutions. He was Instructor at Penn State University, The University
of the Arts, Philadelphia 1999-6 and as a confirming expression of his long career as a much-sought
performer he is now a key instructor at Old Westbury College, where he leads one of the most
dynamic programs of teaching and performing jazz that exists throughout the country.
Prof Burrage is known not only for his virtuoso ability with all forms of percussion, but as an innovative
composer and program designer who can put together dramatic musical programs which are deeply
educational and altogether entertaining. I am writing these things because I think more people need
to know Ronnie Burrage, who has been on the scene, like they say, and has been saying something
musically, at a very high level."
Amiri Baraka, Author
Prof Emeritus, SUNY Stony Brook
Stony Brook, NY
Hi Ronnie!!!! "It's been ages. I recall, many times, seeing you playing with McCoy. I'm certain that you
would know that both of the Randy & Michael Brecker were big admirers of yours in those days
because the lineage of true "Jazz drumming" was beginning to shrink already - I guess that one could
say that there's been a comeback of sorts". Steve Khan
This site is an effort of love, an idea from me and made a reality by my dear friend, Rod Echols. We
put this together as a tool of information for you to discover and enjoy. Our hope is you take your
time to visit it all and also say hello. We welcome your comments and will be adding a post or blog
page as we continue to add content and product for you to experience and purchase.
We will make changes as to our family and life schedule, but expect the unexpected and please
spread the word!
Now that that has been said I want you to know that on this very page will be statements from my
family, friends, colleagues and people I love and respect, so have a look at what my brother Rod has
to say.
I have known Ronnie since we were in Head Start on the west side of St. Louis. We still aren't sure
whether we were 3 or 4 years old when we met. But we have had a long friendship that continues to
this day.
The thing that sticks with me about Ronnie is his dedication. We were 5 years old (this I remember
for sure) and walking home from school and talking and boasting as young boys do, Ronnie
proclaimed that he was going to be a Jazz drummer!
Well, being 5 years old I probably either didn't say anything or tried starting an argument then a
wrestling match. But anyway, we went to school together through 3rd grade. And then my family
moved and so did his.
I didn't see Ronnie again until Junior High. Ronnie was playing in a hot band, doing jazz, funk fusion.
And although I was never as serious as Ronnie, I played bass. Our musical interest and our early
relationship kicked back in and I watched Ronnie blossom into more of a " Multi-Talented Musician",
although I guess Jazz Drummer is in there somewhere. As you will see here on the site Ronnie plays
drums, keyboards, sings and plays multiple percussion instruments. And he has produced for several
of his peers.
The point that I want to get across is that Ronnie Burrage is one of the most dedicated people I have
known, and I traveled as a technician with the Art Ensemble of Chicago and met many dedicated
people all over the world. I believe you will hear the dedication in Ronnie's latest music that you will
find here on the site. I hope you take a look at some of the videos, listen to and purchase some music
and check back often for Ronnie's performance and workshop schedule.
By the way, the picture below with Duke Ellington was when Ronnie was 9.