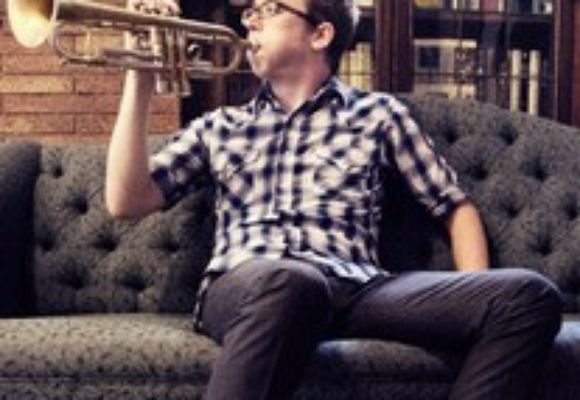 As a trumpet player, Dave has garnered international acclaim. In 2009, he was one of two recipients of the Downbeat Student Music Award for outstanding collegiate soloist. He has also received numerous accolades and awards at both the Reno Jazz Festival and the University of Northern Colorado Jazz Festival. In 2004, Dave performed as a soloist with the Vanemuise Symphony Orchestra on a concert tour through Estonia. He is equally adept in both the jazz and commercial music fields. His trumpet playing can be heard on the NBA on ABC television broadcasts, on Josh Groban's DVD Awake Live, on the Salt Lake Alternative Jazz Orchestra's five albums, on the two albums by the jazz sextet John Henry, and on his own release Radioactive. He has performed with Wynton Marsalis, Stefon Harris, Paquito D'Rivera, Josh Groban, Charlie Hunter, Mike Clark, Stanton Moore, Clay Jenkins, Bobby McFerrin, Roy Hargrove, Bobby Shew, Bill Holman, Karl Denson, and Mannheim Steamroller.