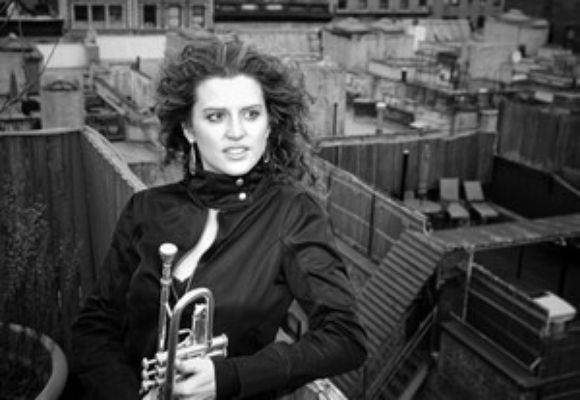 Known for her sultry tone and intuitive rhythm, female trumpeter and vocalist Alicia Rau has fashioned a notable reputation on the New York music scene. Rau connects with audiences worldwide and has become internationally recognized by her world music influences and organic approach. Taking the East Coast by storm, she performs and composes on trumpet, flugelhorn, voice, African percussion, and kalimba, drawing inspiration from a diverse musical upbringing.

The youngest of six girls in a musical family, this Iowa farmers daughter began playing music at an early age. As a toddler, Alicia would mimic TV jingles and familiar tunes on the piano. By age 7, she started piano lessons, and by age 10, she latched onto the trumpet. After much involvement in music in high school, she double majored in Music and Anthropology at the University of Iowa. While receiving a Bachelor of Arts Degree, she spent a semester of field study in Senegal, West Africa. She studied ethnomusicology, learned African drumming and dance, and toured with local bands, all while speaking French and Wolof. Rau has studied privately with John Rapson, David Greenhoe, Clay Jenkins, Ingrid Jensen, Graham Haynes, Jack Cassidy, and Laurie Frink.