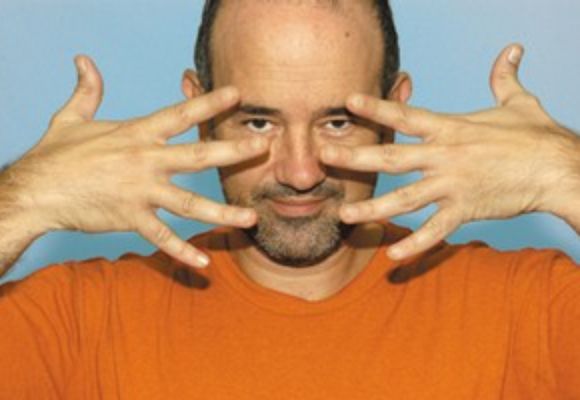 Grammy Nominee Argentina born and NY based pianist & composer Emilio Solla got his degree in Classical Piano at the National Conservatory of Music in Buenos Aires and his MA in Jazz Composition at Queens College in New York. He continued to study composition, arranging, counterpoint, improvisation and conducting in Buenos Aires, Barcelona and New York.

His first band, Apertura, was praised by Astor Piazzolla himself as one of the most interesting new sounds in the Buenos Aires scene in 1986. Nowadays, with seven CDs as band leader (Fresh Sound Records) and more than forty as arranger/producer, he is considered by peers and critics to be one of the most outstanding and personal voices in this musical stream, a fusion of modern Argentine tango and folk with jazz and other contemporary music styles (generally referred to as “Tango-Jazz”). He has performed all around Europe, Japan, the US and Latin America to raving reviews in many of the most important Jazz houses and Festivals (Bim Huis, Lincoln Center, Marciac, Blue Note, Fasching).

Solla moved to Barcelona in 1996, and to New York in 2006, always in search of personal and artistic growth. Since in New York, he has composed for, arranged for and performed with Paquito D’Rivera, Arturo O’Farrill, Edmar Castañeda, Pablo Aslan, Cristina Pato and many others, besides performing with his quintetBien Sur! in town at the Jazz Standard,Dizzie’s and Smalls, featuring  saxophonist Chris Cheek. Former members of this band include Donny Mc Caslin and Jeff Ballard. This quintet has released its first CD, Bien Sur! (Fresh Sound, 2010), with special guest Billy Hart, included in the Best of 2010 list by Downbeat Magazine.

He continues to tour Europe withEmilio Solla & Afines, his Barcelona’s based quintet, while working as a free-lance arranger and pianist in different projects in NY. Since November 2010, he is leading a nine piece orchestra, La Inestable de Brooklyn, featuring some of the strongest jazz players in NYC (John Ellis, Ryan Keberle) whose first CD, Second Half (2014) has just been Nominated for a 2015 Grammy Award as Best Latin Jazz Album. In November 2014 Solla’s first symphonic work had its World Premiere at the Palau de la Musica, during the Barcelona Jazz Festival and its US Premier at the Chicago Symphony Hall by the Chicago Sinfonietta, to raving reviews. 2016 will bring him back to Buenos Aires for the Premiere of the orchestral version of his Suite Piazzollana.

He has a long background as educator as well, having taught regularly in different conservatories in Argentina and Spain. He is currently a Faculty Member at the Brooklyn Conservatory of Music and has given clinics in Jazz Composition at Emory University, Bates College, Gotemburg Music School (Sweden), Jazz & Pop Conservatory (Helsinki, Finland)