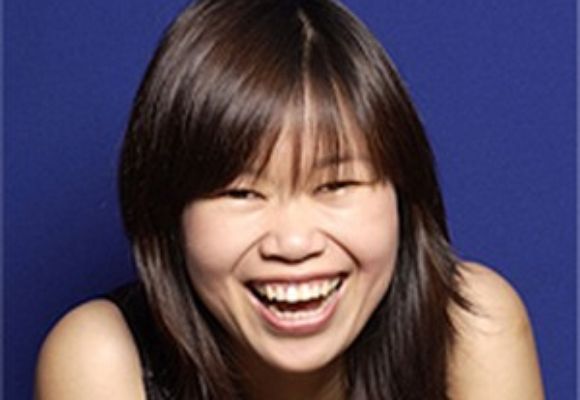 Shes 'Sweet and Funky,' shes 'Cute and Bad.' A Composer. A Performer extraordinaire. The legendary Dr. Lonnie Smith describes her this way: 'Akiko's playing is like watching a flower blooming, a bird spreading her wings in the music world. Akiko is here to stay.'

Raised in Osaka, Japan, this talented musician began studying the organ at the age of three, at the famed Yamaha Music School. After discovering her passion for jazz very early on in her musical journey, Akiko launched her career immediately after graduating from the Osaka College of Music. While living and playing in Osaka, she had many opportunities to perform with world- renowned jazz musicians from the United States. Meeting Grady Tate, in particular, was a life-changing event for Akiko. He took a great interest in her after hearing her play, and ultimately convinced her that to fully pursue her career in jazz she must make the move to the United States. He further showed his belief in her talent by performing on her debut album in Japan, Harlem Dreams. After landing in the mecca for jazz, New York City, it didn’t take long for Akiko to make her mark - she was soon embraced not only by audiences, but by her fellow musicians, as one of the top organ players in the city. It was during these early years that she had the great honor of playing several gigs with jazz greats Frank Wess and Jimmy Cobb. But it was the meeting of organ legend Dr. Lonnie Smith that proved to have the greatest impact on Akiko’s musical development and career. He became an important mentor to Akiko, and she considers him her greatest influence. She flourished and continued to be a constant draw on the NY jazz scene. Her extraordinary musicianship and captivating stage presence ultimately drew Lou Donaldson’s attention, when he chose her in 2006 as his quartet’s organist. Akiko has ten albums as a leader to her credit. Her debut album in the U.S., “Sweet and Funky” ,was selected as a “Best album of 2007” in DOWNBEAT Magazine. Akiko has been a regular in the DOWNBEAT polls since 2008 - culminating this year with the 65th Annual Critics Poll, coming in at #2 in the “Rising Star - Organ” category. Hot House Magazine has just named her 'Best Organ" in the 2017 Readers Poll. Her albums have constantly placed in the top ten on the National Radio Jazz Chart. Akiko’s most recent recording, “So Cute, So Bad” is a live record date, recorded at the Alvas Showroom in Los Angeles, and features Jeff Hamilton (Drums) and Graham Dechter (Guitar). This album was released in both the U.S. and in Japan in May 2017. Just take a listen to this dynamic performer, and I’m sure you will agree with the legendary Dr. Lonnie Smith - “Akiko is here to stay!”