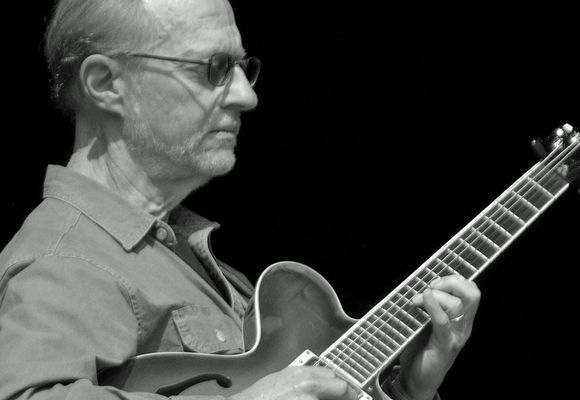 With long, blues-drenched lines; a warm, fat sound; and a horn-like, melodic approach, DeVos has been proclaimed a living jazz legend. The masterful guitarist has an enthusiastic following for his innovative work, first with a who’s who of jazz greats both in and outside of the Hammond B3 organ genre–Richard “Groove” Holmes & Sonny Stitt, Jimmy McGriff & Hank Crawford, and Charles Earland–and for the past 20 years as a leader. DeVos' longtime band thrills audiences nationwide with tight-knit performances of jazz standards, Rhythm & Blues, ballads, and his own hip compositions and arrangements. With his signature mix of groove and sophistication, Bob is critically hailed as “a brilliant knowing bebop player, a master with a sound to die for–rich, full, deep, positive, round and warm.” His recent releases Playing for Keeps, Shifting Sands, and Shadow Box feature his bandmates and were in the top ten nationwide jazz radio airplay charts for many weeks, as well on Top CDs of the Year lists.