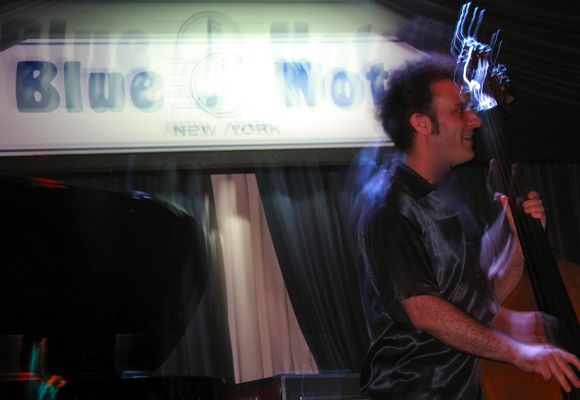 Ben Rubin (aka Benny Cha Cha) is a Grammy-nominated producer, (re-)mixer, bassist and composer. From performing at the Newport Jazz Festival and the Cannes Film Festival with Dred Scott Trio to producing remixes for Killah Priest and Karsh Kale, Brooklyn-based Rubin is a musical shapeshifter.

With over 80 album credits to his name, Rubin has ranked high in theDownBeat Critics’ Polls as a “Rising Star” producer (2012-2018) for his work with the SmallsLive record label where he produced and mixed over 30 records with jazz greats including Larry Goldings, Louis Hayes, Tom Harrell, Peter Bernstein, Johnny O’Neal, Chris Potter, Nicholas Payton, Kurt Rosenwinkel,Roy Hargrove, Eddie Henderson, Mulgrew Miller, Seamus Blake, Cyrille Aimeé and many others. The New York Times described his productions for SmallsLive as “beyond reproach.” In 2014, “Second Half,” which Ben co-produced with composer/pianist Emilio Solla, was nominated for a Grammy for Best Latin Jazz Album. The Rubin-produced “Freebird” by the jazz quartet Walking Distance feat. Jason Moran, is an epic melding of Charlie Parker-inspired jazz and expansive production choices, is out now on Sunnyside Records. The New York Times called it "Utterly fresh."