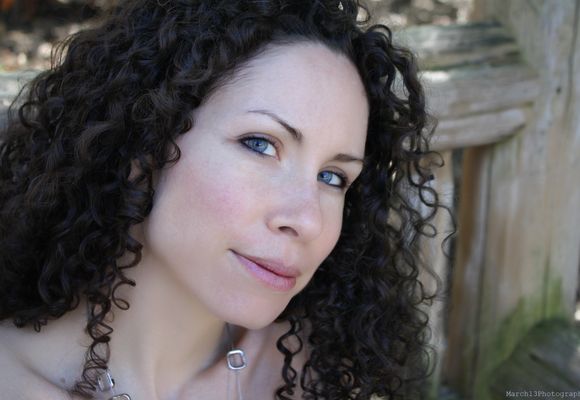 Vocalist, bandleader and composer Tammy Scheffer has been performing with her sextet to growing audiences and press recognition in the last few years. Most recently she released a new EP with the new collaborative trio Morning Bound, an innovative electric group featuring drummer Ronen Itzik and bassist/ vocalist Panagiotis Andreou. A native of Belgium who grew up in Israel, Scheffer incorporates Middle Eastern influences, an instrument-like approach to improvisation and creative use of her group’s instrumentation to create imaginative soundscapes. Renowned saxophonist Greg Osby hand-picked Scheffer’s debut album for his own label, Inner Circle Music. Her debut album as a leader, Wake Up, Fall Asleep, features nine original compositions for a sextet and her spin on the well known When You Wish Upon a Star. In the words of Osby, who attended the recording: “The music was vibrant, personal and exceptional. It was an amazing session”.

Aside from her work as a bandleader, Scheffer takes part in a variety of projects, performing and recording with artists such as Francois Moutin, Greg Osby, Mark Walker, Sam Barsh, Anat Fort, David Broza, Dream Theater’s keyboardist Jordan Rudess and many more. She’s featured vocalist with the Russ Spiegel Jazz Orchestra, Javier Arau Big Band and Asuka Kakitani Big Band. Some of the stages she performed on include the Revoice Festival in London, MISA festival in China, San Sebastian Jazz Festival in Spain, Kennedy Center Millennium Stage in Washington DC, Chicago Cultural Center, Virginia Arts Festival, the Jazz Standard in NYC, the Regattabar and Scullers Jazz Clubs in Boston and other premier stages. Scheffer is also a member of the Brooklyn Jazz Underground, a collective of Brooklyn based bandleaders and composers who promote original music made in Brooklyn.

Scheffer is a recipient of a scholarship from the America-Israel Cultural Foundation, and a scholarship from the prestigious New England Conservatory. In March 2008 she has been chosen to participate in the Betty Carter’s Jazz Ahead workshop, a competitively- selected audition based program for promising jazz performers and composers.

"Scheffer has the agility and panache of a seasoned horn player and the imagination of the brightest stars of her generation" -Andrea Canter, JazzPolice.com

"…A beautifully pure voice... an unerring sense of rhythm. The kind of album that might draw you in while at the same time making you wonder what Scheffer will do next." -David Ricket, All About Jazz