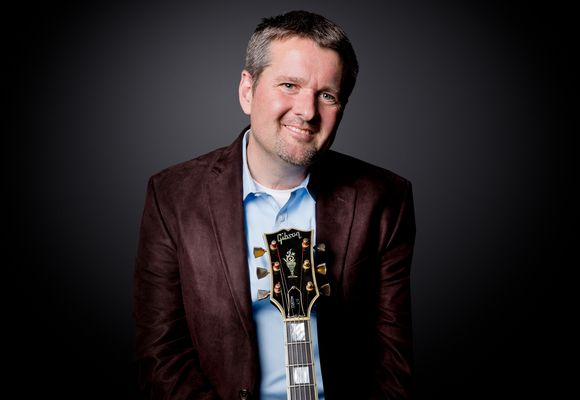 Guitarist Tom Dempsey’s reputation in the New York jazz scene for hard swinging sophistication and pure musicality have made him a distinct voice in the New York Jazz Scene. In recent years Tom has performed and/or recorded with a virtual "Who’s Who" of world renowned jazz musicians including: Wynton Marsalis, Paquito D’Rivera, Jim Hall, John Abercrombie, John Scofield, Tal Farlow, Buddy Montgomery, George Coleman, Kenny Barron, Roy Haynes, Jack McDuff, Bobby McFerrin, Gerald Wilson, Mel Torme, Richard Wyands, Muhal Richard Abrams, and Dave Brubeck. He has recorded six CDs as a leader: Saucy (Planet Arts Records), Beautiful Friendship (Planet Arts Records), What’s Going On (City Tone Records), Perspectives (Imaginary Records), Blues In The Slope (Igmod Records), If Only We Knew (Self Release). Tom has also recorded as a sideman on many recordings. Since 1992, Tom has been performing as a leader and a sideman at some of the top jazz venues throughout the world including the JVC Jazz Festival, Jazz at Lincoln Center, San Francisco Jazz Festival, The Blue Note, Yoshi’s, Smalls and Smoke.

Dempsey has worked extensively with tap dancing virtuoso Savion Glover in Bring in ‘da Noise, Bring in ‘da Funk as well as in live concerts. He has made numerous appearances on New York radio and television including performances on The Rosie O’Donnell Show and the HBO series Sex and the City. Tom is an Artist Endorsee for Thomastik-Infeld Strings.

Along with his active performing career, Tom Dempsey’s talent as a composer is receiving noteworthy attention.   Because of his distinctive sound and style Dempsey’s music has been described as having "fine compositional ability and stylistic accessibility." His music has been featured on his recordings as well as television and radio programs throughout the world including the HBO hit series Sex and the City.

Tom’s deep commitment to education has made him a highly sought after educator and clinician. In recent years he has been teaching at Jazz at Lincoln Center, LaGuardia Community College. SUNY New Paltz, Rutgers University, New York Jazz Academy and as Artistic Director of the Jazz Summit at the National Guitar Workshop. He is currently an Assistant Professor of Music at LaGuardia Community College and a senior faculty member at Jazz at Lincoln Center.  His books Jazz Eras for Guitar, Easy Soloing for Jazz Guitar, Sight-Reading for the Contemporary Guitarist and Classic Jazz Styles for Guitar are available through Alfred Music and Workshop Arts. In 2011 Dempsey became a teaching artist with TrueFire producing two critically acclaimed videos of jazz guitar performance. Dempsey has also recorded over 170 online lessons for WorkshopLive.com covering jazz guitar performance, repertoire development and music theory.